Why do English spelling and pronunciation make no sense?

As a non-native (second language) learner, I find English pronunciation so very difficult.

Also, learning to spell - well, it seems like there are no rules.

I am very frustrated. Why does English make no sense? 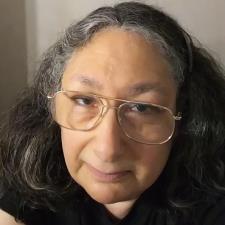 The difficulty with English compared to other language is that it developed by piling multiple languages on top of each other, more so than any other language.

To begin, we start with a Celtic pre-Roman England, whose language has evolved into modern Welsh. Just by the conquest of England by the Romans, we introduce influences from two languages: Latin directly, as the official language, and Greek, a language prominent in Roman administration and from which Latin borrowed a lot of words and syntax.

After the Romans left, Romano-British England came under the influence of a group of Germanic peoples known as Anglo-Saxons (the exact details of this is very much up for debate). Thus, we have a Germanic dialect, a Celtic dialect, Latin, and Greek all layered on top of each other. Because English history cannot be simple, we then get the Norse raids, which brings Old Norse to the island, and eventually a conquest by Denmark, which brings additional Danish influence (both via conquest and via the opening of trade). And then, once the Anglo-Saxons kicked the Danes out of England, the Normans (who spoke French and whose culture was a blending of Frankish and Norman culture) conquered the British Isles, and it is under the Norman kings that what we think of as "English" developed.

The English language thus has influence from at least Celtic, Latin, Greek, Anglo-Saxon, French, Danish, and Old Norse, and oftentimes, a word's spelling and pronunciation come from its origin. Add onto it the numerous pronunciation shifts that occurred (for example, the word "night" initially was not pronounced like "nite" and instead pronounced the "gh" sound), including the Great Vowel Shift that completely revolutionized how the language was pronounced, and we can see how English has become the language soup that it is today.

I know it doesn't seem like it, but there is a rhyme and reason behind the language's quirks; it just so happens to be closely intertwined with the history of the country.

I have little to add; it looks like the first three guys pretty much nailed it. The only thing I'll say is that the great playwright / critic / novelist / essayist George Bernard Shaw shared your frustrations and argued for a total revision of English spelling. It didn't happen, but if you're just looking for more cool stuff in English to read, maybe that's a reason to check him out.

English is quite difficult to learn in that it is made up of root words and additions from a variety of other languages.

English makes a little sense - there are a few rules.

But, one of the delicious aspects of America, and thus her language, is the diversity and integration of so many cultures and backgrounds and languages. This salad of experience affects the American English language, as well. Take a little German, a little French, a little Russian, a little Spanish, and a bunch of British English - spread it over a very big country (the size of the US is bigger than India, bigger than Europe, you get the idea), and you get differences in pronunciation right here in the US, too.

So, what are you to do? Listen (podcasts), read and listen (audio books), watch and read and listen (TV with subtitles), etc. Ask if you aren't sure, but try, try, try. Don't worry about being perfect; think about communicating.

It can be fun to speak and read English when you just laugh at the craziness of it - like: cough, rough, though, and through. 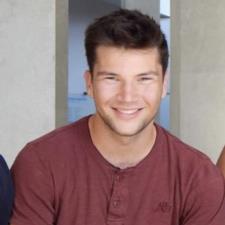 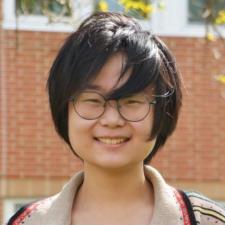 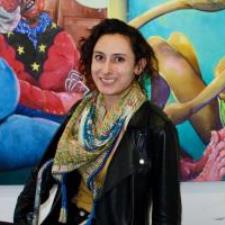