To keep it simple, contrast the two statements below. They mean the same thing.

The experience affected me in a profound way.

The experience had a profound effect on me.

Notice that "affect" is a verb (which expresses action), which may change its form according it the grammatical tense, and "effect" is usually a noun.

If "effect" is used as a verb ( This will effect the change), it will mean "cause", or "bring about".

Affect comes from ad- (meaning 'to') and facere (to do/make).  To affect is to do or cause, hence it is a verb.

Effect comes from ex- (meaning 'out') and facere again.  The effect (noun) is the outcome or result.

Instead of saying change (which is both noun and verb), to make a change is to affect while the change made is effect.  E.g.: The smog affected her health with only harmful effects.

Affect is a verb. A verb is a doing word or a word used for an action. Examples of other doing words include; read, breath, Greet etc.

Ef-fect - stress the first syllable (Ef) and its a noun while if stress on the last syllables (-fect) then it is a verb.

The secret to proper usage of these word is knowing whether the usage is as a noun or verb and of course their lexical meaning.

I have trouble remembering the difference, too, and I have a degree in English and taught English even at the college level, but I have ADD/ADHD, so I always have to stop and think which one is which. So, what I do is I remember that you "affect an effect," and I over-accentuate the first letter/sound of each word to hear the difference. EEEEEfect is "the thing," and AAAAffect is what I do to "the thing." Sounds silly, but I never get it wrong unless I hurry and don't think about it carefully. And then there's always spellcheck and auto-correct as a fallback:) Hope this helps!

Effect is a noun and affect is a verb. Effect is mainly used to illustrate the result of a previous event. Affect is used to described the event that led to the result. For instance, "Bobby was affected by the loss of his friend. He withdrew socially and contemplated suicide, these issues were the effects of his mourning."

I remember it this way:

Effect --> result (they both have the letter 'e') Here, result means to be the outcome of.

Affect --> impact (they both have the letter 'a') Here, impact means to influence.

Affect is a Verb.  Effect is a Noun. When you MAKE a change in something, you AFFECT it.  When something happens and there is a specific result, that specific result is the EFFECT.  That's the most basic way I can describe it without getting into a ton of details that won't mean anything to you.  Affect=Verb; Effect=Noun.  Good luck!

Just building off of what everyone else has already said, I teach my students this simple trick: Affect = Action (A=A), or a verb "The F will affect my grade drastically." (ask yourself if an action is being completed) Effect = rEsult (substitute the word "result" for "effect") "The effect of the F is that my grade dropped." or "The result of the F is that my grade dropped." My students love these little "tricks" that cover the majority of examples. Hope this helps stick affect/effect in your brain!

Most simply, as Dannie B. wrote, "affect" is a verb, and "effect" is a noun.  "The lightning burst affected my vision briefly, causing the effect of starbursts in my eyes." This is a terrible sentence, but I hope makes the point.

To add some other differences to Dannie's answer:

You affect something by changing it - the wonderful weather affected my mood!

Something has an effect on you - The effect of the rain was that I was wet.

People see your affect - by noticing my affect, people can tell my mood.

I'll start with an example. You 'affect' something by doing something. For instance, I affect my grades by how much I study. You create an 'effect' when you do something. For example, the effect of my studying improved my grades.

Quite a few answers here suggest that affect is a verb and effect is a noun; each word is both a noun and a verb. I'll add my voice to the "four forms" crowd and offer some examples.

It is possible for these words to exist near each other in sentences in ways that create interesting meanings. Often I see people pairing "effect" (noun) with "affect" (verb) in their example sentences, so I want to highlight e(v)/a(v), e(n)/a(n), and e(v)/a(n):

Affect and effect. Do not be confused. Affect is a verb means "to influence". "The attack affected the morale of the troops." Effect is both a noun and a verb. As a verb it means "to bring to pass" "The medicine effected a complete cure." As a noun effect means "result" "The effect of the medicine was instantaneous."

Affect- (v) to impact or produce a change in something/someone

Effect- (n) the result of a change

The effect of Kate's polite remarks was people liking her.

I think of it in this way:

If the sentence points toward an action, then use "affect", such as "Sunshine affects the growth of the roses." or "The beautiful day affected her feelings and caused her to dance!"

If the sentence points backward toward an action, then use "effect", as in "Too much sunshine had the effect of wilting the roses" or "She worried that the sun would have a harmful effect on her skin."

But, as usual in the English language, things are not always so simple.

There is the occasional use of "affect" as a noun: "The nurse reported that the patient had a flat affect."

Or the sometime use of "effect" as a verb: "They considered effecting a change in their work-life balance."

Since determining when to use effect versus affect continues to be a problem for most, note that many have replaced effect or affect with impact! That's the simple solution.

Effect is usually (more often than not) used as a noun.

Affect is usually (more often than not) used as a verb.

Let's look at the dictionary:

- to act on; produce an effect or change in: "Cold weather affected the crops."

- to impress the mind or move the feelings of:"The music affected him deeply."

- Psychology. feeling or emotion. (NB: Only used in Psychology. A feeling, not an effect.)

- something that is produced by an agency or cause; result; consequence: "Exposure to the sun had the effect of toughening his skin."

- power to produce results; efficacy; force; validity; influence: "His protest had no effect."

- the state of being operative or functional; operation or execution; accomplishment or fulfillment: "to bring a plan into effect."

- a mental or emotional impression produced, as by a painting or a speech: "Its effect on the audience was clearly visible."

- meaning or sense; purpose or intention: "She disapproved of the proposal and wrote to that effect."

- to produce as an effect; bring about; accomplish; make happen: "The new machines finally effected the transition to computerized accounting last spring."

Read through all of these posts aloud and add emphasis to the /ae/ sound in affect (think 'cat') and the /eh/ sound in effect (think 'egg'). By the time you're done, it should be drilled in your head.

There are several differences between affect and effect that can help to distinguish which should be used.

The word affect means to change something by definition whereas effect is the result of a change.

For example: The test grade affects the students chances of getting into an AP program

Versus: Chemists measure the effects of various solutions.

When in doubt first see what works best in the sentence pronouncing it both ways. Then check if it is used as a noun or as something that is happening ( a verb). Finally double-check the definition within the context of which it is used. Hope this helps.

Think of 'affect' as causing something and 'effect' as an outcome. I hope that this helps.

I get asked whether to use affect or effect all the time and it is by far the most requested grammar topic, so I have a few mnemonics and a cartoon to help you remember.

What Is the Difference Between Affect and Effect?

Before we get to the memory trick though, I want to explain the difference between the two words.

It's actually pretty straightforward. The majority of the time you use affect with an a as a verb and effect with an e as a noun.

When Should You Use Affect?

Affect with an a means "to influence," as in, "The arrows affected Aardvark," or "The rain affected Amy's hairdo." Affect can also mean, roughly, "to act in a way that you don't feel," as in, "She affected an air of superiority."

When Should You UseEffect?

Effect with an e has a lot of subtle meanings as a noun, but to me the meaning "a result" seems to be at the core of all the definitions. For example, you can say, "The effect was eye-popping," or "The sound effects were amazing," or "The rain had no effect on Amy's hairdo."

Common Uses of Affect and Effect

So most of the time affect with an a is a verb and effect with an e is a noun. There are rare instances where the roles are switched, and I'll get to those later, but for now let's focus on the common meanings. This is "Quick and Dirty" grammar, and my impression from your questions is that most people have trouble remembering the basic rules of when to use these words, so if you stick with those, you'll be right 95% of the time.

The illustration of the example is from my new book. It's Aardvark being affected by arrows, and I think looking at it will help you remember the example sentences; and it's cute. You can print it out and hang it by your desk.

Rare Uses of Affect and Effect

So what about those rare meanings that don't follow the rules I just gave you? Well, affect can be used as a noun when you're talking about psychology--it means the mood that someone appears to have. For example, "She displayed a happy affect." Psychologists find it useful because they know that you can never really understand what someone else is feeling. You can only know how they appear to be feeling.

And, effect can be used as a verb that essentially means "to bring about," or "to accomplish." For example, you could say, "Aardvark hoped to effect change within the burrow."

That's all. Thanks for listening.

Thanks to Randall Munroe from XKCD.com who drew the stickman cartoon.

Danny and Christine are right,except that "to effect" can also be a verb (obviously): as in "to effect  change".(not meaning to steal Maurice's example,but that is the one I had thought of too.)

Maurice,however, is mistaken: something has an "affect" on you,not an effect. 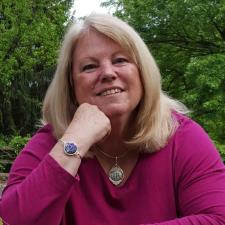 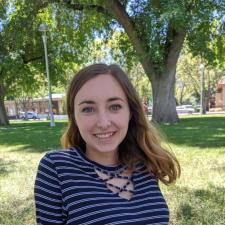