does this argumentive essay look good? it is about euthanasia (the right to die)

The argument I have picked is Euthanasia. An argument against the right to die. I don't see how my case proves against undoing attention. I do not draw any conclusion on the argument. The discussion laid out in this document has certainly frustrated me from favoring a right to die. I am very far from all things considered judgment.

My argument addressed to a question of public policy, especially, whether the law or the canons of medical practice should include a rule requiring, under specified

circumstances, that caregivers honor a patient's request to be allowed or perhaps even

helped to die. This question is specific from the question of whether anyone is ever properly entitled to be allowed or helped to die. I believe that the answer to the recent question is yes, but I doubt whether our proper right to facilitate some people's deaths is best discharged through the formation of a governmental right to die.

These arguments, like many arguments in medical ethics, rely on terms borrowed from Immanuel Kantian moral theory terms such as 'dignity' and 'autonomy'. various kinds of life-preserving treatment are said to violate a patient's dignity or to detain him in an undignified state; and the patient's right of autonomy is said to require that we respect his competent and considered wishes, including a wish to die. there may or may not be some truth in each of these claims. yet when we evaluate such claims, we must take care not to assume that terms like dignity and autonomy always express the same concepts, or carry the same normative force, as they do in particular moral theory. when Kant speaks, for example, of the dignity that belongs to persons under the rational nature, and that places them beyond all price he is not invoking anything that requires the ability to walk unaided, to feed oneself, or to control one's bowels.

Thus the dignity invoked in a discussion of medical ethics a status supposedly threatened by physical deterioration and dependency cannot be the status whose claim on our moral concern is so fundamental to Kantian thought. we must, therefore, ask whether this sort of dignity, whatever it may be, takes a value that's equally worthy of protection. my worry, in particular, is that the word 'dignity' is sometimes used to dignify, so to speak, our culture's obsession with independence, physical strength, and youth. to my mind, the dignity defined by these values a dignity that is ultimately incompatible with being cared for at all is a dignity not worth having I have similar worries about the values expressed by the phrase 'patient autonomy' for there are two very different senses in which a person's autonomy can become a clue for us.

On the other hand, we can obey the categorical imperative, by declining to act for reasons that we could not rationally propose as valid for all rational beings, including those who are affected by our actions, such as the patient. what we value in that case is the capacity for self-determination, and we value it in a particular way, namely, by according it respect. we respect the patient's autonomy by regarding the necessity of sharing our reasons with him, among others, as a constraint on what decisions we permit ourselves to reach. on the other hand, we can value the patient's autonomy by making it our goal to maximize his effective options. what we value. in that case, it is not the patient's capacity but his effective options. what we value.

in that case, it is not the patient's capacity but his opportunities for self-determination he having choices to make and the means with which to implement them, and we value these opportunities for self-determination by regarding them as goods as objects of desire and pursuit rather than respect. these two ways of valuing autonomy are a fundamental difference, respecting people's autonomy, in the Kantian sense, is not just a matter of giving them effective options. to make our own decisions only for reasons that we could rationally share with others is not necessary to give the decisions to make, nor is it to give them the means to implement their actual decisions. as with the term 'dignity', then we must not assume that the term 'autonomy' is always being used in the sense made familiar by Kantian moral theory; and we must, therefore, ask ourselves what sort of autonomy is being invoked and whether it is indeed something worthy of our moral concern.

I believe that, as with the term 'dignity', the answer to the latter question may be no in some cases, including the case of the right to die despite my qualms about the use of Kantian language to justify euthanasia, I do believe that euthanasia can be justified, and on Kantian grounds. in particular, I believe that respect for a person's dignity, properly conceived, can require us to facilitate his death when that dignity Is being irremediably compromised.

I also believe, however, that a person's dignity can be so compromised his capacity for fully rational and autonomous decision making. So although I do not favor euthanizing people against their wills. of course, neither do I favor a policy of euthanizing people for the sake of deferring to their wills since I think that people's wills are usually impaired in the circumstances required to make euthanasia permissible. The sense in which I oppose a right to die, then, is that I oppose treating euthanasia as a protection option for the patient.

Well, this needs several rounds of revisions to correct the issues relating to punctuation, capitalization, comma splices, word choice, awkward phrasing, and word choice, clarity, and flow. I did not read this for substantive revision purposes.

You also have several issues with what some may consider plagiarism. It appears to be more than inadvertent, and they are from CourseHero and other writings on the same topic. So, your first step should be to deal with this before addressing the remaining issues noted above. Good luck!

This needs a lot of work. A reader will not be able to follow it and will quickly abandon reading. The first task is to get to a thesis that controls the essay. If this is meant to be argumentation, then you need to make a claim that requires support by evidence and reasoning. Start by turning your topic into a question. Brainstorm as many answers to the question as you can. Decide on your main answer to be your thesis statement. Proceed from there to make a map for your essay. Keep in mind that in an argument, you must take a position. The whole essay should be about convincing readers that your position is a good and reasonable one. It is your job as writer to make that easy for them. Once you have a draft with a strong, clear, specific thesis, then you can attend to the grammar and punctuation.

I can’t speak to the plagiarism issue, and I certainly shared Tom’s difficulty getting through the mechanical issues. But I did try to read for the sense of your argument.

I encountered a further difficulty in knowing whether this is for a course in medical ethics, political science, English composition, or what. While it uses some of the language of medical ethics, it neglects several crucial issues for a patient’s right to die, including advance directives (living wills), which may be very specific about what the patient means by dignity and autonomy. Medical ethicists and practitioners are generally more concerned with the patient’s than with Kant’s definitions. You also left out any consideration of the patient’s prognosis, which makes all the difference in most right-to-die policies and decisions.

By the way, euthanasia is not just about the right to die. We euthanize animals every day, and some would similarly euthanize humans. That is a very different issue, but contained in the word “euthanasia.”

The final difficulty I see with this as an argumentative essay from outside a medical or legal subject area is that it doesn’t clearly state your position at the start. Instead of developing a stated position, it rattles around Kant and definitions of terms whose significance to an argument is not made clear. It ends with “I believe” when it should end with a summary of the argument and how it supports your position. If “I believe” has any place in an argumentative essay, it’s at the beginning. Try turning the essay upside down and explain how you came to the position you hold. 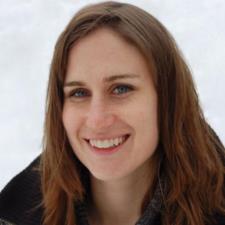 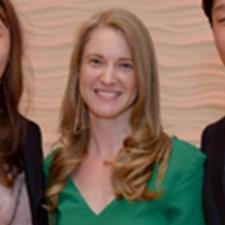