What is the evolutionary reason behind the fragility of teeth?

Almost all organs in the human body have a rather large threshold within which the organ or tissue is capable of repairing itself using materials supplied by the body, whether it's made from organic tissue or structural proteins. Wounds and minor damage to the skin or flesh for example heal by themselves, skin, nails and body hair can grow back if damaged or removed, even most bones can be repaired autonomously by a biological body. Cutting off a significant chunk from the human flesh or removing over 90% of a hair or a nail would cause no permanent injury, and the body is capable of repairing the damage over time with ease. The vast majority of the human body (not counting critical organs such as the heart or the brain) can be "grown back" to an extent by itself, because such parts have a rather large damage threshold.On the contrary, teeth do not. There is a certain threshold in which tooth enamel can be supplied and "repaired" by the body to an minimal degree, but past that point virtually any damage caused to teeth are permanently irreparable by natural means. Which is quite strange, given how fragile a set of human teeth is, be it chemical or physical damage. Especially if you take more "artificial" causes into account. A moderately heavy object aimed towards a human mouth, for example, can easily render ten to fifteen teeth permanently damaged past the point of recovery within a heartbeat, also causing the said person's digestive process to be heavily impaired.Another strange fact worth noting, is that the human body is capable of producing two separate set of teeth due to biological growth and size differences, but not more than that. Wouldn't it be beneficial for a biological body to be able to supply new teeth in the place of ones that have been damaged or removed? One could argue that such an action would be too complex and impossible, similarly to growing back an entire limb or a spare heart, but given the material that makes up teeth and its fragile nature, it would be safe to assume that it is biologically possible, especially given the fact that the human body DOES produce two separate set of teeth over its lifespan.However, even stranger still, is that the only element capable of damaging or deteriorating teeth by natural means, is the consumed *food* itself, and the acidic bacteria found within. Several types of edible food consumable by human means are capable of damaging the enamel to critical levels within relatively short periods of time, even non-artificial ones. What happened before the invention of the toothbrush and various dental cleaning methods? Why haven't humans evolved in the past tens of thousands of years to the point where repairing or regrowing teeth by natural means is feasible? Simply put, why don't teeth grow back contrary to hair, nails or skin?**What is the biological and evolutionary reason behind teeth being so fragile and indisposable?**
Follow • 1
Add comment
More
Report

As long as you live long enough to reproduce successfully, there is no real pressure on genes that do not produce ideal phenotypes. By the time ancient humanoids lost their teeth and could not eat with ease, presumable they had already produced offspring that survived. 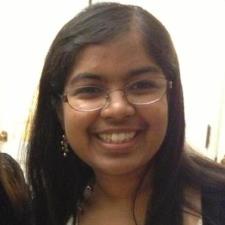 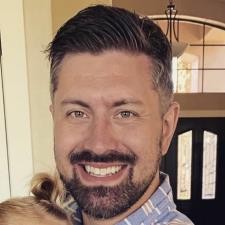