Provide a definition of syncretism and indicate how it helps us understand religion.

Given the definition of syncretism in a religious context, we would see that it ‘exhibits the blending of two or more belief systems into a new system, or the incorporation of beliefs from unrelated traditions into a religious tradition.’ [Source: https://en.wikipedia.org/wiki/Religious_syncretism] What is important to recognize and distinguish in this case is the difference between traditions and Tradition. In a treatise addressing the renewal of monastic tradition by Claude Peifer, OSB., we find traditions as the aspects of a culture, including rituals, dress, cuisine, etc. that account for the richness, habits, even the identity of that culture. Whereas, the Tradition of the Church has the distinction of embodying ‘the transmission from generation to generation of the whole life of the Church: of the word of God by which it was originally constituted; or worship by which we respond to God’s summons; of faith and doctrine and moral standards and government; of interior obedience to the Spirit who presides over the transmission.’ [Source: Peifer, Claude, Reclaiming the Monastic Tradition, St. Bede Abbey, Peru, 1991]

Since Vatican II, some criticism has arisen arguing that a form of syncretism has diluted the overarching Tradition of the Church by tearing down definitive barriers of protocol and allowing new or alternate traditions to filter in. Again, we call certain points to our attention when we elaborate on the small innuendos that are celebrated in slightly different ways at a Mass as an example. The changes in music ministry, the types of media incorporated, and even the language of the ceremony embracing the vernacular of the culture where the religion is practiced, all become aspects of ritual or the traditions that are blended into the new Post-Vatican II system, if you will, but ultimately the Tradition of seeking, embracing, recognizing, honoring, serving, and loving the real presence of the founder of the Church, namely Jesus Christ, is unaffected and remains unchanged by such fads as relativism and syncretism. 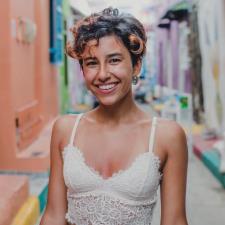