To Kill a Mockingbird questions

1. Why are the children so stunned by what Atticus says at the end of chapter 13? Why does Scout feel so hurt?

2. Does Harper Lee do a good job of building tension and suspense around the Tom Robinson trial? How long do you think the book will take to get to the case? What are your predictions surrounding the trial?

Question 1: One of the major themes in Harper's Lee's To Kill a Mockingbird (1960) is about family life. Several families are featured in the novel. Finch's family, according to characters like Aunt Alexandra, should aspire to be like them. Alexandra, unlike Atticus, believes greatly in tracing a family's heritage. She judges all the present-day families based upon what their ancestors did.

Moreover, Atticus has always treated his children as "adults." Scout feels hurt because she feels that her father is reprimanding both her brother and she based upon Alexandra's attitudes towards heredity.

Question 2: Lee's plot structure follows the classic plot diagram. She builds suspense with each perturbation of rising action until the climax, where Tom Robinson is found guilty. 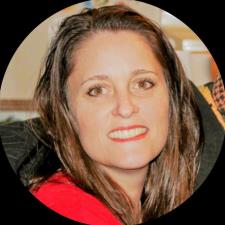