What is the meaning of Sage in respect of eastern folklore?

I am looking for a more concrete definition of what an eastern sage is and an explanation of the background of the eastern sage. Many translations of eastern martial arts feature sages. They are generally people who have "transcended" humanity, possessing supernatural powers, and very long lifespans, but short of godhood. This is opposed to the traditional western definition of a sage, which is a very wise and knowledgeable person, with connotations of great age, but still very much human. I am not looking for more information on this type of sage. I've tagged this as Chinese, but I've seen references to sages in many Asian cultures including Japanese and Korean as well.
Follow • 1
Add comment
More
Report

The definition of sage is mainly from Confucianism because it is the mainstream of thought in China for thousands of years. In Kongzi Jiayu (孔子家语), it states that the spirit of the sages practicing morality can be as mighty as heaven and earth. They act on the laws of nature and have the wisdom of flexibility. The people can be under the influence of the sage. Then their bright inner side is inspired. The famous Confucianism sages are Emperor Yao, Emperor Shun, Emperor Yu, and Confucius.

Taoism believes that the sages have the wisdom of impermanence and care for the people. The so-called saints are the wise men who manage things for the world. However, the saints of Tao know the real truth of the universe, but they don’t display it for purpose. Its ideology bases on obeying natural rules and respecting objective facts, as progress and state to achieve governance. People usually consider it as inaction, namely do nothing at willing. Laozi is a representative of the Taoism sage.

Sage in Chinese is 圣人. Another meaning of 圣 is the greatest master in art or skill. We call the German musician Ludwig van Beethoven the sage of music, 乐圣 and the Tang Dynasty poet Dufu the sage of poetry, 詩聖. We call martial master 師父，not the sage of martial. The sage of martial (武圣) is Guangong (关公), a general in the Three Kingdoms. 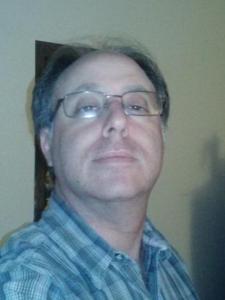