Who was the first person in space?

Yuri Alekseyevich Gagarin was the first human in space. He was a Soviet pilot and cosmonaut. His trip was on the Vostok spacecraft and it completed an orbit of the Earth on April 12, 1961.

The answer is surprisingly complicated! Fruit flies and other living things were launched into orbit as early as the 1940s, and we worked our way up to mammals including monkeys, chimps, dogs, and - of course - humans. An accurate answer depends on whether you mean they simply *reached outer space,* or if completed an orbit around Earth. Also, it would depend on if you mean whether they survived the return trip. For example, Laika, the famous Russian dog, died in space, so she did not make it back, alive. :(

Upvote • 0 Downvote
Add comment
More
Report
Of course, there are those rumors that the Russians put people into space before Yuri Gagarin, but hushed up the failures, because having the western world find out about the poor cosmonauts spiraling off into the void while cursing the people in mission control would be bad for their international image.
Whether they're accurate or not, we'll never know.
Yuri Gagarin was the first human in space (that we know of.)  The first object in space was the German V2 rocket, sometime in 1942, which would technically make Nazi Germany the first nation to travel to space.
Upvote • 0 Downvote
Add comment
More
Report
Remember that dogs were first, proving once again, they are much smarter than people
Upvote • 1 Downvote
Add comment
More
Report 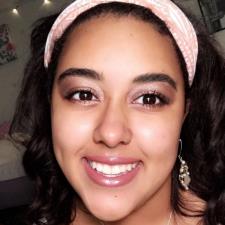