And what impact did it have on the US?

Prohibition is a legal act outlawing the manufacturing, sale and transport of alcohol and alcoholic beverages. In history, this terms is used for times when countries would ban alcohol. This idea goes back to the Xia Dynasty (ca. 2070 BC - ca. 1600 BC) in China when Yu the Great, the first ruler of the dynasty, prohibited alcohol in the kingdom. It was later legalized after his death.

Since, prohibition has happened in many European nations including Norway, Iceland, Hungary and also Russia and the Soviet Union.

In the U.S., prohibition was instituted with the use of the Eighteenth Amendment to the United States Constitution on the 16th of January, 1919. Congress also passed the Volstead Act to enforce the law, but major cities ignored the legislature due to the costs of chasing down bootleggers so the federal services had to do the job with limited resources. During this time, alcohol was still very available as shipments would be smuggled in through the Canadian border, overland, and by sea along the coasts. Alcohol consumption did decline but some cities saw an increase in drinking as well as organized crime related to production and sale of alcohol. There was an increase in Malt and Hop stores that sold malt extract syrup claiming it was for baking purposes.

Prohibition was later repealed with the passage of the Twenty first Amendment to the Constitution on December 5th, 1933. The cause was the Great Depression during which prohibition became unpopular and a wealthy republican, Pauline Sabin, pushed for it's repeal. With the new Amendment, states were allowed to set their own laws pertaining to alcohol control. Prohibition was dead nationwide but some laws survived a while in southern and border states. 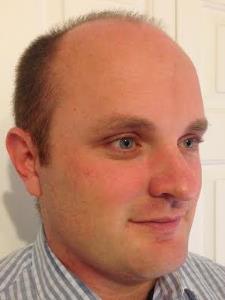 The term prohibition refers to the ban of any specific item and can refer to drugs, alcohol or any other substance. I am assuming that you are refering specifcally to the period of time in U.S. history that began in the 1840's and culminated with the passage of the 18th amendment to the U.S. Constitution on January 16, 1919. The ratification of this amendment prohibited the manufacturing, sale or transportation of intoxicating liquors or the importation or exportation of alcohol.

On October 28, 1919, Congress passed the Volstead Act to enforce this prohibition and this remained in place until 1933 when the 21st Amendment was ratified and repealed the 18th Amendment. After the passage of the 21st Amendment, states were allowed to set their own laws for the control of alcohol. Many counties have remained "dry" until the present day.

Issues that led to the ultimate repeal of prohibition included failure by local law agencies to enforce the laws, increased smuggling and illegal production of alcohol, and circumvention of the law by the selling of alleged medicines and "baking" syrups that were actually alcohol. Drinking alcohol was not prohibited and alcohol could be consumed offshore as well. Other factors that led to the repeal of these laws included the increased involvement of orgranized crime in smuggling and manufacturing alcohol, an increasing anti-temperance attitude during the Great Depression, and the realization that alcohol consumption did not noticably decrease after the passage of the amendment.

On the subject of Prohibition in the United States I strongly recommend Daniel Okrent's The Last Call: The Rise and Fall of Prohibition. It does a great job bringing out the larger context of the temperance movement's rise within nineteenth century Evangelical circles and the odd alliance it managed to hatch together with groups ranging from the Klan to Suffragists and Socialists in order to bring Prohibition about. There is an important lesson in Prohibition as to the ability of small groups with a clear agenda being able to seize the moment and, for better or worse, push through policies that they never otherwise could.

Prohibition is the 18th Ammendment to the United States Constitiution passed on January 16, 1919. It outlawed the manufacturing, distribution and sale of all alcoholic beverages. The act only last approximately 14 years (1919-1933). One huge impact it had on the United States was the increase in organized crime. The Mobs and Mafias began taking control of distribution of the alcohol. Moonshiners and bootleggers were rampant. On December 5, 1933, Congress passed the 21st Ammendment to the Constitiution repealing prohibition.

Prohibition took place in the United States and was due to a nationwide constitutional ban. This ban was on the production, importation, transportation, and the sale of alcoholic beverages. This took place in the 19th century. The 18th amendment of the constitution is based on the issue of prohibition in the United States and states the manufacture, transportation, and sale of liquor. The increase of illegal production of liquor, the proliferation of speakeasies, which were illegal drinking spots, and the rise in gang violence ended up leading to the ratification if the 18th amendment, which the became the 21st amendment.

Upvote • 0 Downvote
Add comment
More
Report
The 2nd part of the question was about the impact of Prohibition on the US, which was immense. First off, prohibition gave the various mobs and mafias a clear cut industry to exploit. Until this time, and after prohibition as well, the Italian and Russian mafias and Irish mob had gained power primarily through acquiring legal businesses through illegal means (Just look at Atlantic City and Las Vegas). Prohibition created a demand, with the mafia having access to the supply. Men like Al Capone, Bugsy Seigel and Lucky Luciano gained wealth, power and fame during this time.
Another affect on the US was the loss of all jobs related to the production and sale of alcohol. The US at this time had anywhere from 300-600 breweries across the country (estimates vary greatly). Only the largest of these were able to stay open, by producing "near beer" or soda. Bar owners found themselves in a predicament, as their business was also dependent upon the sale of alcohol. This gave rise to the "Speak-easy". A Speak-easy was a bar that served alcohol (provided to them by the mafia) in hidden back rooms or cellars to their VIP clients. Many former speak-easies have been refurbished and are still used as modern VIP bars, such as in NYC or Chicago.
Upvote • 0 Downvote
Add comment
More
Report

The prohibition was the banning of the manufacture, transport, and sale of alcohol in the US. Additionally, anything containing an alcohol content greater than 0.5% was considered alcohol. This impacted America in that it led to the creation of speakeasies - undercover bars where people could purchase it typically from people in the mob. Furthermore, the prohibition led to strikes and impacted production as workers wanted to be able to drink while at work, and were protesting instead of working to be able to do so

Prohibition was a period of time where the sale of liquor was prohibited. This was pushed because people liquor to be an attack against moral structure of society. This caused rift between the immigration population and the native born population because the immigrant population at the time preferred liquor to remain legal. 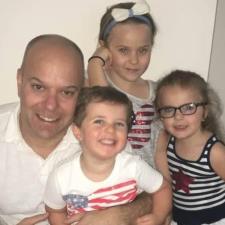 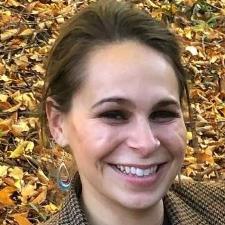