Question: In this excerpt Hawthorne devotes much time to describing the scaffold before having Hester climb it to take her place. In seven to ten complete sentences, explain how this detail helps to create tension in the narrative. Be sure to support your explanation using details from the text.

In fact, this scaffold constituted a portion of a penal machine, which now, for two or three generations past, has been merely historical and [traditional] among us, but was held, in the old time, to be as effectual an agent, in the promotion of good citizenship, as ever was the guillotine among the terrorists of France. It was, in short, the platform of the pillory; and above it rose the framework of that instrument of discipline, so fashioned as to confine the human head in its tight grasp, and thus hold it up to the public gaze. The very ideal of ignominy1 was embodied and made manifest in this contrivance of wood and iron. There can be no outrage, methinks, against our common nature—whatever be the delinquencies of the individual—no outrage more flagrant than to forbid the culprit to hide his face for shame; as it was the essence of this punishment to do. In Hester Prynne's instance, however, as not infrequently in other cases, her sentence bore that she should stand a certain time upon the platform, but without undergoing that gripe about the neck and confinement of the head, the proneness to which was the most devilish characteristic of this ugly engine. Knowing well her part, she ascended a flight of wooden steps, and was thus displayed to the surrounding multitude, at about the height of a man's shoulders above the street. . .

The scene was not without a mixture of awe, such as must always invest the spectacle of guilt and shame in a fellow-creature, before society shall have grown corrupt enough to smile, instead of shuddering at it. The witnesses of Hester Prynne's disgrace had not yet passed beyond their simplicity Even had there been a disposition to turn the matter into ridicule, it must have been repressed and overpowered by the solemn presence of men no less dignified than the governor, and several of his counsellors, a judge, a general, and the ministers of the town, all of whom sat or stood in a balcony of the meeting-house, looking down upon the platform. When such personages could constitute a part of the spectacle, without risking the majesty, or reverence of rank and office, it was safely to be inferred that the infliction of a legal sentence would have an earnest and effectual meaning. Accordingly, the crowd was sombre and grave. The unhappy culprit sustained herself as best a woman might, under the heavy weight of a thousand unrelenting eyes, all fastened upon her, and concentrated at her [scarlet A]. It was almost intolerable to be borne. Of an impulsive and passionate nature, she had fortified herself to encounter the stings and venomous stabs of public contumely, wreaking itself in every variety of insult; but there was a quality so much more terrible in the solemn mood of the popular mind, that she longed rather to behold all those rigid countenances contorted with scornful merriment, and herself the object. Had a roar of laughter burst from the multitude—each man, each woman, each little shrill-voiced child, contributing their individual parts—Hester Prynne might have repaid them all with a bitter and disdainful smile. But, under the leaden infliction which it was her doom to endure, she felt, at moments, as if she must needs shriek out with the full power of her lungs, and cast herself from the scaffold down upon the ground, or else go mad at once.

Yet there were intervals when the whole scene, in which she was the most conspicuous object, seemed to vanish from her eyes, or, at least, glimmered indistinctly before them, like a mass of imperfectly shaped and spectral images. Her mind, and especially her memory, was preternaturally active, and kept bringing up other scenes than this roughly hewn street of a little town, on the edge of the western wilderness: other faces than were lowering upon her from beneath the brims of those steeple-crowned hats. Reminiscences, the most trifling and immaterial, passages of infancy and school-days, sports, childish quarrels, and the little domestic traits of her maiden years, came swarming back upon her, intermingled with recollections of whatever was gravest in her subsequent life; one picture precisely as vivid as another; as if all were of similar importance, or all alike a play. Possibly, it was an instinctive device of her spirit to relieve itself by the exhibition of these phantasmagoric forms, from the cruel weight and hardness of the reality.

Be that as it might, the scaffold of the pillory was a point of view that revealed to Hester Prynne the entire track along which she had been treading, since her happy infancy. Standing on that miserable eminence, she saw again her native village, in Old England, and her paternal home: a decayed house of grey stone, with a poverty-stricken aspect, but retaining a half obliterated shield of arms over the portal, in token of antique gentility. She saw her father's face, with its bold brow, and reverend white beard that flowed over the old-fashioned Elizabethan ruff; her mother's, too, with the look of heedful and anxious love which it always wore in her remembrance, and which, even since her death, had so often laid the impediment of a gentle remonstrance in her daughter's pathway. She saw her own face, glowing with girlish beauty, and illuminating all the interior of the dusky mirror in which she had been wont to gaze at it. There she beheld another countenance, of a man well stricken in years, a pale, thin, scholar-like visage, with eyes dim and bleared by the lamp-light that had served them to pore over many ponderous books. Yet those same bleared optics had a strange, penetrating power, when it was their owner's purpose to read the human soul. This figure of the study and the cloister, as Hester Prynne's womanly fancy failed not to recall, was slightly deformed, with the left shoulder a trifle higher than the right. . . Lastly, in lieu of these shifting scenes, came back the rude market-place of the Puritan, settlement, with all the townspeople assembled, and levelling their stern regards at Hester Prynne—yes, at herself—who stood on the scaffold of the pillory, an infant on her arm, and the letter A, in scarlet, fantastically embroidered with gold thread, upon her bosom.

Could it be true? She clutched the child so fiercely to her breast that it sent forth a cry; she turned her eyes downward at the scarlet letter, and even touched it with her finger, to assure herself that the infant and the shame were real. Yes these were her realities—all else had vanished!1Deep humiliation and disgrace

The scaffold is an important symbol because scaffolding is a tool used for construction. A building is much easier to build when one has a scaffold, illustrating how Hester needs extra support for external sources in order to face the town. 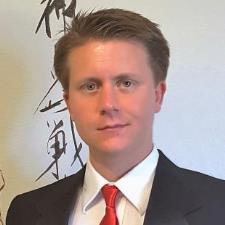 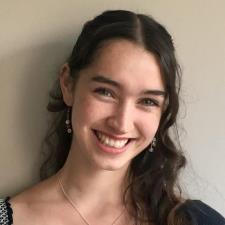