What made lenin and stalin different

As I show in my forthcoming book, the defining experience of Stalin's life was the period of almost four years that he spent studying to be a priest in an Orthodox seminary. Through the 50 years of his political career (1903-53) he acted as the sadistic head of a monastery, imposing fiendish vows of poverty, chastity, and obedience on hapless Soviet Citizens. As the son of abusive parents, he wanted--needed--to make others suffer as he had.

Lenin was very different from Stalin. He was a revolutionary all right, but not a revolutionary as most people understand the term. What outraged him about Nicholas II was not what Nicholas II was doing, but that he was so inept at it. When Lenin seized power, he did just what the tsars had done--he centralized all authority. If you want to understand Lenin, read his in/famous Testament, in which he says that nobody can govern the Soviet Union except him. That raises a question that you and I would ask, but that Lenin never asked: What happens after Lenin dies? Since it never occurred to Lenin to create a stable governing structure for the Soviet Union, it was child's play for Stalin, the master manipulator, to become the all-powerful General Secretary--with disastrous consequences for the Soviet Union and the rest of the world as well. 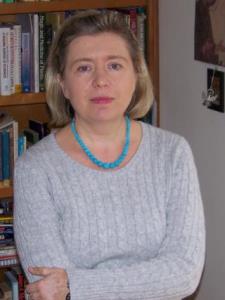