Meaning of "fall guy" relative to "scapegoat" and "martyr" in article context?

This was in an article in Newsmax:>Stressing his loyalty, Cohen has steadfastly denied wrongdoing and defended Trump. But he has confided in associates in recent weeks that he is fearful of being a *fall guy*, according to a person familiar with his thinking but not authorized to speak publicly about private discussionsThe whole article: https://www.newsmax.com/politics/cohen-fall-guy-trump-raids/2018/04/10/id/853779/I googled the definition of "fall guy" and found that it means "scapegoat." But I find nothing in the article that matches the notion that Cohen was concerned about being a scapegoat.>**Scapegoat**: one that bears the blame for others My interpretation of the article makes this seem like an odd use of a term that would mean scapegoat. It seems to me that the article is saying that Cohen is loyal to Trump and would be willing to sacrifice greatly for Trump, and that he has already taken steps to aid Trump that may put himself at risk.>Cohen has regularly threatened lawsuits against those who pose a challenge to Trump. He has berated reporters for writing an unflattering word about his boss. He has worked with tabloids, including the National Enquirer, to kill unfavorable stories about Trump. And, he has said, he used a home-equity loan to finance the payment to Daniels in the final days of the 2016 campaign and did so without Trump’s knowledge.These don't seem to be the actions of a scapegoat but of a **martyr**. Is there any alternative definition of "fall guy" that would mean that Cohen is more of a martyr, falling on his sword for Trump on purpose, rather than a scapegoat, taking blame for something that was done by someone else?Can someone help explain this use of "fall guy?"
Follow • 2
Comment • 1
More
Report 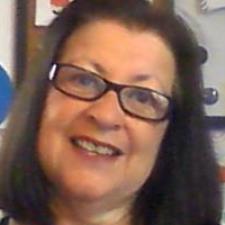 I think he is a deliberate, knowing fall-guy.