Average ages of US Army officers at the turn of the 20th century?

What would be the average rate of promotion for US Army officers beginning their career in the mid 1890's as a 2nd Lieutenant? By what age could they expect to be promoted to each successive rank? From looking at Pershing's career it seems that promotions were few and far between. He didn't make the permanent rank of Captain until he was 41. But Patton starting 23 years later made Captain by the age of 32 (helped along by the start of WWI?). What would someone starting their career between them expect for promotion? What was the career arc of an Army officer at that time?
Follow • 2
Add comment
More
Report

The 1890's are an interesting time of transition for the US Army. In terms of promotion, the last of the Civil War generation of officers was finally retiring and the frontier was closed as the Indian Wars came to an end. The military was paired down to it's minimums, but at least things were leveled off a bit now and the glut of senior officers holding up the promotion pyramid were gone. Remember a lot of career Army officers in the Civil War who decided to stick around after the war had to to do so under the condition that they would accept a demotion. Congress sets the number of officers that are allowed at each rank, and a demobilized Civil War army full of Generals and Colonels who no longer had anything to command were a problem. For example, General George Armstrong Custer was a dashing and famous 1-star Brigadier General during the Civil War and was even present at the surrender at Appomattox. When he met his fate 11 years later however at the battle of Little Big Horn, he was a lowly Lieutenant Colonel, or 2 levels lower than his rank during the Civil War.

Now, things would heat up and expand again when the Spanish-American War would start up in 1898, but let's assume it's, say 1895, and that hasn't happened yet. The most junior officer in the military is a 2nd Lieutenant in the Army or Marine Corps, and an Ensign in the Navy or Coast Guard.

In 1895, the starting point for a new 2LT was about the same as it is now. You would be commissioned at or around 21 years of age, usually out of West Point. It could then take 3 to 5 years to get promoted to First Lieutenant depending on where you were stationed, how you performed and how visible you were. Out of sight, out of mind tended to apply when promotion boards came around. You could stay a 1LT for another 2 to 5 years and then get moved up to Captain. Captain was, and still is, the rank you are the longest as a career officer. For most officers in the late 1800's, Captain was their terminal rank and is the level you would retire from in a peacetime career. However, if you were hard working, talented and got noticed, you could move up to Major in about an additional 6 years, which is about what it still is today. You could then be terminal as a Major (still a respectable rank to retire from today), but you could then advance to Lieutenant Colonel 4 years after that possibly. If you got command of a Regiment, you would be moved up to full Colonel. After that, who you knew got you promoted to General.

All of the above is for an "average" officer during this time period, and of course there were many careers that were far better, and far worse, than this. 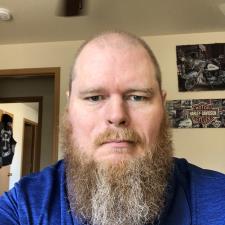