I am assuming that you are asking what happened in the U.S. that led to Roosevelt's quote...

The Unites States was going through the Great Depression at this point.  Roosevelt had been elected president in 1932 with hope that he would be able to lead the country out of the depression.  The statement, "The only thing we have to fear is fear itself," came from is inaugural address (speech made during inauguration into presidency).

For further information about what he meant, I encourage you to read the entire inaugural address found at http://historymatters.gmu.edu/d/5057/

On March 4, 1933 Franklin Delano Roosevelt, the newly elected 32nd President of the United States, and the only man ever elected to more than two terms of that office, gave his First Inaugural Address in which he delivered his now famous line of "So, first of all, let me assert my firm belief that the [only thing we have to fear is fear itself] -- nameless, unreasoning, unjustifiable terror which paralyzes needed efforts to convert retreat into advance."  But, what were the causes of these fears FDR was referring to in this speech?

First of all this speech was given at a time when the United States had faced its worst crisis since the Civil War that almost tore the country apart, that being the Great Depression, and the first time America had ever gone bankrupt.  Many people lost everything in the Great Depression including their homes, their farms, and their life savings.  The Great Depression also caused approximately six billion dollars worth of business losses and industry was only operating at about half of its available capacity.

This speech was also given as a follow-up to Roosevelt's campaign promise of a "New Deal for the American People" that promised many widespread political and economic changes FDR would establish as the President to fix the country's economic emergecies and to calm the fear most American citizens had at the time of the Great Depression with its many severe fallouts. 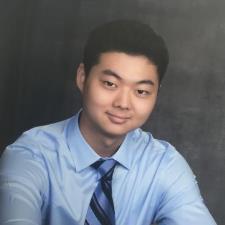