Make a case for his importance as a president. 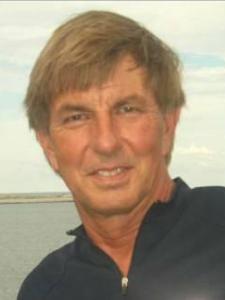 A measure of FDR's significance as an American president is that so many of the laws enacted during his terms are still "on the books" and are actively enforced today. These laws often revolved around increasing empoyment opportunities for millions of citizens who had been out of work for years, during which time their families relied not on federal laws for survival but the charity of their communities. People literally waited on bread lines for food to avoid starvation. Under his presidency, FDR supported child labor and minimum wage laws, banking laws, SEC laws and a host of public works/social legislation. He touched ordinary people in a kind of personal yet patriarchal manner via the famous "fireside chats" which offered solace, support and hope for a better future, even as Churchill did for the British during WWII. It amazes me that 2 such men lived in the same era of desperation and destruction, and how their leadership saved so many lives. Would that we had such humanitarians in public service today.

Upvote • 1 Downvote
Add comment
More
Report
Franklin D. Roosevelt truly "inherited" a massive economic problem from his predessor, Herbert Hoover.  The country teetered on economic disaster and Roosevelt in the opening days of assuming the office of president really had a shovel-ready program to help ease the financial distress of millions.
In addition, he began a program  that not only impacted those suffering through the Great Depression, but ultimately contributed to the military needs when our country entered World War II.  He began a program which allowed youngsters sixteen years old and older to build cabins, construct hiking trails, etc.  These youths ate well,, worked hard, sent money home to their families and received an education.
When we entered the war, there was a ready supply of well-trained young men with engineering skills, etc. who went into the military.
Even today, some of the cabins and hiking trails are still in use in many of our parks across the country.
While I might not agree with all his actions, he really was what the country needed in one of its darkest moments.
Upvote • 0 Downvote
Add comment
More
Report

If you have to make the case in two paragraphs, focus one on domestic policy and one on foreign policy.

Domestically, President Roosevelt's New Deal created the modern social safety net.  Social Security remains one of American history's most effective anti-poverty measures, providing Americans with an income for basic necessity after they retire.  Roosevelt's Works and Progress Administration helped pulled the country out of the Great Depression by providing jobs to many unemployed Americans.

President Roosevelt's major foreign policy accomplishment was the successful prosecution of World War II.  Winning the war secured America a world superpower and its most dynamic and successful economy.

A definitive answer to this question is too lengthy for this format and I would suggest that you refer to any number of articles online that deal with his presidency, including Wikipedia. However, in summarizing his major contributions you can view his influence in three major areas: economics, foreign policy and social impact.

Economically, he became president during the Great Depression, which impacted not only the United States, but was felt world-wide. He established many programs and pushed laws through Congress that are still in force today including Social Security, the creation of the Securities and Exchange Commission to addressed the rampant abuses on Wall Street that helped create the depression, and a series of agressive public works programs to create jobs that included the Tennessee Valley Authority and the Civilian Conservation Corps.

He was responsible for leading the United States during World War II, even though he died shortly before the end of the war. He helped establish policies with Winston Churchill and Britain, as well as Joseph Stalin and Russia, that determined strategy for dealing with Nazi Germany and Japan, as well as pushing the creation of the atomic bomb that Truman eventually agreed to drop in Japan that ended the war in the Pacific. His decision to use the Lend-Lease Act to effectively isolate Germany even before the United States entered World War II, kept Great Britain and Russia afloat for the first few years of the war. He also strengthened US miltary bases in the Pacific and other areas of the world that would establish US dominance following the war.

Socially, his economic programs led to improved living standards, particularly in the South, through increased availability of electricity through the TVA, improved transportation and communication networks, and improved integration in the work place and the military. He also had a woman serve on his cabinet, was influenced by his wife Eleanor in improving social services for the underpriviledged, and promoted numerous recovery programs for those hardest hit by the Dust Bowl and other natural disasters that occured during the Depression.

Beyond these practical steps, his own courage in the face of extreme personal adversity and his ability to both inspire and calm the citizens of the United States during one of the most difficult times in American history add to his legacy. 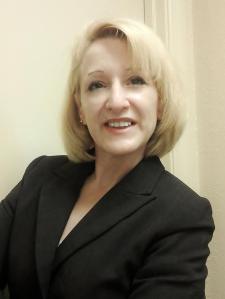 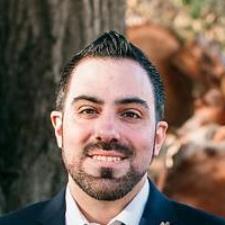 In my opinion, the most important thing that FDR did for America was leading us through most of World War II.  He also transformed the role of the national government by creating many social programs, particularly Social Security.

You can easily gOOgle this an get many answers.  One of the most concise lists I see is:

Roosevelt spent 12 years in office and had an enormous impact on America. He took office in the depths of the Great Depression. He immediately called Congress to special session and declared a four-day banking holiday. The first "Hundred Days" of Roosevelt's term were marked by the passage of 15 major laws. Some of the important legislative acts of his New Deal included:

A better answer that give a better sense of his importance:

What FDR did was restore American confidence and create sense of optimism in the midst of the Great Depression. He always sounded hopeful that things would get better and did his best to try and explain what he was doing to try and fix the problem through his fire-side chats over the radio. In doing this, many in America had great confidence in FDR and were highly supportive of him, which is partially why he remains one of the most popular presidents in American history.

In terms of policy success, his greatest real accomplishment was providing regulations for what business could do. The Great Depression was the result of several factors, including bad credit and greed on the part of banks. When the stock-market crashed in 1929, the financial policies that came out of the seeming blooming of the 20s were proved to be faulty, and FDR made sure that their mistakes could not be repeated. As a result, the US economy until 2008 after 8 years of Reagan, 4 years of HW Bush, and 8 years of W Bush (all of whom worked to undo FDR's policies) never suffered an economic crisis on the same scale as the Great Depression.

Other things like Tennessee Valley Authority, which brought electric power to the Appalachian Mountains and the Civilian Conservation Corps, which put people to work without drafting them into the military are also among his top accomplishments as President.

In terms of foreign policy, his greatest accomplishment was being able to eventually rally America to the allied cause against both Nazi Germany and Imperial Japan. The Lend-Lease Act was FDR's main idea to supply Britain and other allied nations with the equipment needed to keep fighting. He was not, however, able to get America to actually take a firm stand against Japanese or Nazi aggression until after Dec 7, 1941 when Japan attacked Pearl Harbor and Hitler declared war on America a few days later.

Factually, any Historian knows FDR was the biggest crook underneath Lincoln, the cause of mass poverty and starvation during the Great Depression and purposefully entered the war with Germany for profit, which the U.S. funded. Gary Dean Best points out in Pride, Prejudice, and Politics: Roosevelt Versus Recovery, 1933 - 1938, that while the social and economic legislation for which FDR was responsible are spelled out proudly in every American history textbook, "the costs for the United States of his eight-year-long war against business recovery are mentioned in none" (Certainly not). In "America: A Narrative History," we get all the details of Nixon's abuse of power, but not a word about FDR as the pioneer of such activity.

Further, the corruption with which FDR' s Works Progress Administration (WPA) projects in Western states, where the intimidation of WPA workers into voting Democratic and FDR's agricultural policies were convinced that falling prices were hindering economic recovery, FDR decided that prices were now to be raised by any means necessary. Agriculture Secretary Henry Wallace, as thoroughgoing a Soviet dupe as this country has ever seen, described the wholesale destruction of crops and livestock in which he and FDR engaged in order to boost farm prices as "a cleaning up of the wreckage from the old days of unbalanced production." (as Tindall and Shi quote him, approvingly).

Wallace stated, "Well, if by "worked" you mean they succeeded in their goal of raising the prices of food and clothing at a time when people were desperately poor, then I suppose they did "work." Slaughtering some six million pigs and engaging in the destruction of enormous supplies of wheat and cotton did tend to increase the prices of these items. The Department of Agriculture released a study regarding the American diet during these lean years and its figures were sobering: America was not producing enough food to sustain its population at the minimum (subsistence) diet due to FDR's policies while many Americans literally starved to death while FDR and his government cronies made millions. Shortly after the Supreme Court declared the Agricultural Adjustment Act (AAA) unconstitutional in early 1936, Cornell University's James E. Boyle argued in the Atlantic that among other things the AAA had been responsible for the joblessness of at least two million souls, especially sharecroppers and other farm laborers.

By 1941, FDR was practically desperate to involve the United States in World War II. That he used deceptive means to do so is acknowledged by everyone except, apparently, most textbook authors. Thus America' s entire discussion of the Greer incident consists of this sentence: "The first attack on an American warship occurred on September 4, when a German submarine fired two torpedoes at a destroyer." As Winston Churchill confided privately to aides, the president had made clear to him at the time that he intended to become more and more provocative, and that, in Churchill s words, "everything was to be done to provoke an incident." As a description of what really happened, that doesn' t even qualify as a bad joke and is why President Obama returned the bust of Churchill back to England.

What they don't tell you in class is that American History is not based on facts. America writes history in it's favor and to cover up the corruption and lack of concern for anything but making money by any means necessary. Yeah, it sounds good, but it rarely ever is. 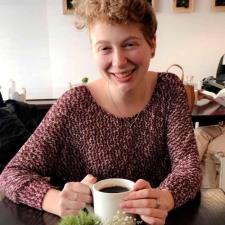