In early WW2, how much of the merchant marine was American?

WW2, before the US entered, ran from 1939 Sep 01 to 1941 Dec 07. During this time, a lot of merchant vessels sailed in convoy to Britain. I am wondering, of all the people who crewed those vessels, how many were American, versus how many were Canadian or British. Note, I'm not asking for a death toll. I'm asking for a composition of them all.
Follow • 1
Add comment
More
Report

This question will involve more research on your part under the Merchant Marine online sites listed below, for a multitude of reasons. Read through the sites to see why:

A country's merchant navy is made up of its commercial and trading ships, and their crews. In 1939, Britain's merchant fleet was the largest in the world, with 33 per cent of the total tonnage. The country was dependent on merchant shipping for the import of food, equipment and raw materials in times of peace, but the shipping was also needed in wartime, to carry servicemen overseas to fight, and to carry the supplies to equip and sustain those fighting men.

When war broke out, the merchant fleet was put under the control of the Ministry of Shipping, later part of the Ministry of War Transport. The Ministry decided which ships would go where and what they would carry, making merchant shipping effectively another arm of the state. General control, including the crewing and provisioning of ships, continued to be exercised by the shipping industry itself. A convoy system was quickly introduced to try and prevent merchant ships being sunk by German submarines (or U-Boats). This provided groups of merchant ships with an escort of one or more warships for their journey, and built on the system that had proved successful in World War One.

All those who served in the Merchant Navy were civilians and volunteers. Like those who served in the Royal Navy, they faced not only the dangers of enemy attack but the hazards of the elements as well. Although some merchant ships were armed, they were not designed to withstand enemy attack and if his ship was sunk at sea, the merchant seaman's chances of survival were poor.

Approximately 185,000 seamen, including 40,000 men of Indian, Chinese and other nationalities, served in the Merchant Navy during the war. Their vessels ranged in size from large cargo and passenger ships to small tramp ships and coastal vessels. The sailors served on all the seas and oceans of the world, and in the hazardous Arctic convoys that took war supplies to the Soviet Union.

However, the most significant and crucial conflict in which merchant seamen were involved was the Battle of the Atlantic. In the longest campaign of the war, the British merchant fleet, with its naval escorts, struggled to bring food, fuel, equipment and raw materials from America and elsewhere across the Atlantic, while Germany mobilized U-boats, battleships, aircraft and mines against them in an attempt to sever Britain's supply lines. At the same time, British and later American shipyards attempted to produce enough ships to replace those that were sunk. It was not until May 1943 that the Battle of the Atlantic was won, although U-Boats continued to operate until the end of the war.

30,248 merchant seamen lost their lives during World War Two, a death rate that was higher proportionately than in any of the armed forces.

The fact files in this timeline were commissioned by the BBC in June 2003 and September 2005. Find out more about the authors who wrote them.

One way to understand the Second World War is to appreciate the critical role of merchant shipping... the availability or non-availability of merchant shipping determined what the Allies could or could not do militarily.... when sinkings of Allied merchant vessels exceeded production, when slow turnarounds, convoy delays, roundabout routing, and long voyages taxed transport severely, or when the cross-Channel invasion planned for 1942 had to be postponed for many months for reasons which included insufficient shipping....

Had these ships not been produced, the war would have been in all likelihood prolonged many months, if not years. Some argue the Allies would have lost as there would not have existed the means to carry the personnel, supplies, and equipment needed by the combined Allies to defeat the Axis powers.

[It took 7 to 15 tons of supplies to support one soldier for one year.] The U.S. wartime merchant fleet. . . constituted one of the most significant contributions made by any nation to the eventual winning of the Second World War....

Merchant seamen are civilians who elect to work at sea, their working practice in 1939 had changed little in hundreds of years. They "signed on" to sail aboard a ship for a voyage or succession of voyages and after being "paid off" at the end of that time were free to either sign on for a further engagement if they were required, or to take unpaid "leave" (furlough) before "signing on" aboard another ship or otherwise to settle and work ashore. Merchant seamen were professional seamen sailing in a wide range of roles from the youngest "Boy" rating learning his chosen profession through to the qualified Master Mariner (locally referred to as the captain), all were merchant seamen regardless of role or rank.

On one engagement a seaman could be a member of the crew of the 81,000-ton ocean liner RMS Queen Mary serving as a troopship between Australia and England and on their next engagement they might be sailing in a 400-ton coastal collier delivering coal from the collieries of the north-east of England to London's power stations on the Thames Estuary. His engagement aboard ship might be for two or three weeks or for twelve months or more away from England depending upon the work the ship was to carry out.[5][6]

Merchant Seamen aboard British registered vessels during World War II were both male and female and might be registered with the British, Indian, Canadian, Australian or New Zealand Merchant navies, or the Fishing Fleet.

Two brothers Ken and Ray Lewis from Cardiff were killed sailing together aboard the SS Fiscus aged 14 and 15 years respectively when it was sunk by U-99.[8][9]

Frequent cases of family members sailing together occurred but this had tragic results when ships were lost, for example three members of the Attard family from Gozo, Malta were lost on 15 September 1941 when the ss."Newbury" was lost, three Roberts brothers were lost on 23 June 1941 when the ss."Arakaka" was lost.[10] Although sailing aboard different ships was not a failsafe solution, three sons of the Metcalf family from Sunderland were lost, three sons of the Nicol family from Edinburgh and three of the Stiff family from Barry, Glamorgan.[11]

The oldest known serving merchant seamen were in their seventies, Chief Cook Santan Martins of SS Calabria was aged 79 when he was killed in action in its sinking by U-103 in December 1940.[12]

Basically, you will need to read through these sites, then proceed to the different nationalities involved, since they varied. I have a distinct feeling that the statistics for the three countries are skewed, since some Marines served in the Pacific, etc., quarters or even on different countries' ships during this period-of-time. I hope this gives you good insight into the historical events. 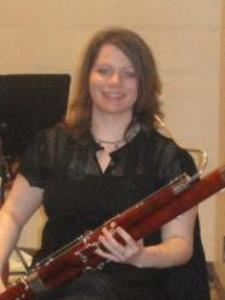