Why is there no comma after Gallagher to set up the appositive?
Follow • 2
Add comment
More
Report

By:
I think the rules and practices of Standard Written English clearly call for a comma after Gallagher--and a closing comma after )--to set off the phrase author of “Professional Wrestling: American Culture’s Unlikely Savior?” (2008)* which is definitely an appositive phrase in this sentence modifying Robert J. Gallagher (note that the whole phrase could be omitted without harming the structural integrity, i.e., the grammaticality, of the entire containing sentence, that is, you could certainly say "Separately, Robert J. Gallagher states elements from a different standpoint").
I often see commas left out before appositive phrases--and scandalously, after them too even if a comma is used at the beginning of a such a phrase. One theory I have is that there may be confusion between appositive phrases and object complements, which are normally not set off by commas. As I demonstrated above, appositive phrases are not necessary elements of sentences, hence they are set off by commas as unnecessary elements usually are, but object complements are required to complete the meaning of the sentence. For example, in I declared Robert J. Gallagher the greatest scholar of contemporary grappling, the phrase the greatest scholar of contemporary grappling is not an appositive but the complement of the direct object Robert J. Gallagher, and therefore we don't separate the latter phrase from the former with a comma. That the phrase is an object complement is indicated by the fact that sentence would be ungrammatical without the object complement, i.e., *I declared Robert J. Gallagher.
The omission of the comma at least before author in your sentence might also have been due to the fact that the writer followed the introductory adverb Separately with a comma, which is also in line with standard practice though not obligatory, and perhaps s/he didn't want to put another comma "so soon" following in the sentence. Understandable, as the presence of multiple commas relatively close together and especially setting off individual words in a sentence might also be a bit jarring for a reader, but a better alternative would be to recast the sentence in a way that would still keep the required commas around the appositive phrase.
*I'm wondering also if this work by Gallagher is a monograph, i.e., a book, rather than an article in a journal or magazine. If so, then the title should be italics or underlined in your text rather than in quotation marks. Sorry for not being more familiar with Gallagher's work; maybe I should spend more time delving into the scholarship of professional wrestling instead of delighting in actual smackdowns on TV.
Upvote • 0 Downvote
Add comment
More
Report 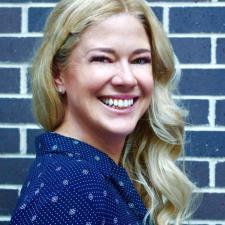