Lord of the Flies - Piggy quotes and analysis

Hi,
I'm looking for quotes that best show Piggy's character traits in Lord of the Flies. A short analysis of the quotes would be useful too.
Thank you! :)
Follow • 2
Add comment
More
Report

By:
Tahila,
I'm not sure what's allowed for your assignment, but if Sparknotes is permitted (so long as you are not copying analyses and instead using it for a reference only, some English teachers allow Sparknotes), go to the website and look up the quotes attributed to Piggy.  See if any of these jog your memory about what Piggy is like.  The, write about how that quote shows the character trait you believe he embodies.
Another possibility, one I recommend, is to highlight interesting quotes as you read, using a different color for each character.  In a book like LoftF, with not many major characters, this is not too hard to do... although reading with a highlighter might seem like even more of a chore than reading already is anyway, research shows that reading with a pen, pencil, sticky notes, and / or highlighter, making notes and marking things of interest to you, promotes "active reading," especially understanding and memory.
That said, I offer the following questions about Piggy to help guide your thinking:
- With which camp / characters is Piggy most associated?
- What kinds of actions does Piggy recommend the boys follow?  Who follows them, and who does not?  Does this change over time? Why?
- What innovations / discoveries does Piggy make and share with the other boys?
- Why do you think the author makes Piggy kind of overweight, with glasses (that eventually get broken)?
- What happens to Piggy in the end?  How does this relate to the death of the real pig?
- Some people describe LotF as a symbolic exploration of the divide between the values of civilization and the bestial, savage nature that all people, to some degree, possess.  On which side of that divide would you describe Piggy? How do you know?
Those should be a good start--if you can answer those questions, you are well on your way not only to understanding the character but also to writing a characterization--the sort of analysis that not only describes a character but shows what his overall importance is to the themes of the story.
Good luck!
Evan
Upvote • 0 Downvote
Add comment
More
Report 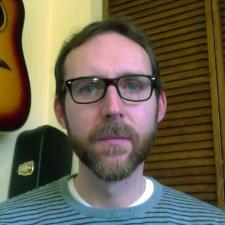