Who was more responsible for the failure to achieve peace, the United States or the Soviet Union? Why?

The Cold War began to change in the 1950s due to several factors. First, the Soviet Union had achieved their goal of creating a nuclear bomb in 1949 and China had fallen to communism. The following year in June of 1950 the Korean War broke out giving credence to a belief many had began to consider, Monolithic Communism and the Domino Theory.

These beliefs and America's stance on them became solidified with the signing of NSC-68, the nation's second formal policy on communism after the Truman Doctrine in the Late 40s. In essence, NSC-68 argued that Russia was inherently agressive and would only respect force and that we should meet the actions of Moscow with a policy of containment (originally conceptualized by George F. Kennan).

Throughout the next 20 years politics, personality, and economics would drive the actions of the Cold War. After the loss of China to Communism, Truman's career was shattered giving rise to a long-standing fear by politicians of being soft on communism. Fear of loss of asian trading markets was also a factor, albeit not as large, in what decisions we made but the biggest goal was the defense of Europe from Russia.

These factors combined dictated America's aggressiveness and drove an initial selective containment policy to universal containment. Moscow in reaction began to solidify their policy of what they saw as American Aggression by forming the Warsaw Pact and continuing their fragile relationship with China.

Each beligerents action in the cold War flowed Clausewitz's theory that actions would continue to escalate on both sides until it reached a boiling over point. 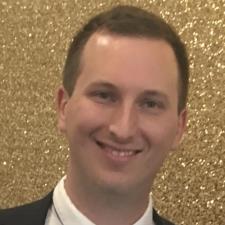