How did the renaissance affect the reformation?

What are the other causes for reformation?

Beginning in the 14th century the Catholic Church experienced a leadership crisis. Beginning in 1309 and lasting until 1376 there was the Avignon Papacy. Also known as the Babylonian Captivity. Which was followed by the Papal Schism from 1378 to 1417. At one point there was 2 and 3 popes. The issue was finally settled by the Council of Constance in 1417. The Church was seen as being under the influence of foreign rulers. The Church appeared to be in chaos and ignoring the spiritual needs of Catholics across Europe.

In order to the raise funds the Church sold offices to the clergy. For example a bishop could be in charge two Church offices but the individual couldn’t be in two places as once. Thus ignoring the spiritual needs of one community. Albert of Brandenburg was Archbishop of Mainz and Magdeburg.

By the early 1500s Juluis II or the “warrior pope” who was waging war against his in the hopes of the expanding the territory of the Papal States. The Church shouldn’t be waging war. The Renaissance Popes were living decadent lifestyles.

There was growing nationalism. A desire to read the Bible in the vernacular, which the printing press allowed. The Church lost their monopoly on Biblical interpretation.

Rulers wanted to have greater control of Church issues and officials within their own jurisdiction. Especially over the appointed of bishops and cardinals.

In addition to what you have over here, I just want to add two eleemtns. 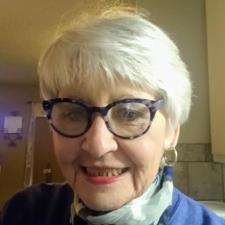