What are the main causes of WWI? Who were the central powers, who were the allied powers? What made the US intervene despite practicing neutrality? What was the outcome of the war?

The main countries involved in WWI were the Ottoman empire, Germany, Austria-Hungary, Bulgaria (the Central powers), and Great Britain, France, Russia, Italy, Romania, Japan and the United States (the Allied Powers). The main causes of WW1 could be generalized as Imperialism, Nationalism, Militarism, and Alliances. For example, as Imperialism became a key method of acquiring power and resources (via European nations imperialising African and Asian countries) this caused competition between nations as these conquered areas became points of contention for that wanted to acquire the same. As for the rise of Nationalism, as countries began to form a national identity and patriotism, this prompted a defensive desire for dominance- hence European countries wanting to conquer more land to become more dominant countries. For example, the ethnic revolt of Slavic people in Bosnia and Herzegovina who wanted to be a part of Serbia rather than Austria-Hungary. As for Militarism: The need for countries to expand their military by training more men to be enlisted as soldiers in preparation for war. This led to more warships being built and more methods of destruction as well as mass creation of weapons. As for Alliances, the following alliances existed before WW1

When Austria-Hungary declared war on Serbia, Russia got involved to defend Serbia. Germany, seeing that Russia was mobilizing, declared war on Russia. France was then drawn in against Germany and Austria-Hungary. Germany attacked France by marching through Belgium pulling Britain into war. Then Japan entered the war. Later, Italy and the United States would enter on the side of the allies.

The outcome of WWI was 20 million injured and 15 million killed internationally in combat. The Treaty of Versailles was drafted as a post-war agreement that would prevent any future catastrophic events like WWI (this obviously failed.) The Treaty also placed massive blame on Germany to pay reparations, which made it so that they were denied into the League of Nations that was created to prevent war.

Hopefully, a female workforce was booming as women could now replace the men at war back on the home front in urban and industrial occupations. The event really did achieve its goal in the eyes of the United States, as it punished Germany for it's submarine war attacks against the US. Though, the war was catastrophic and caused an outbreak of Spanish flu. The united states now began to gain more of a technological advancement and dominance on the Western Hemisphere.

At first, the United States remained on the side, practicing neutrality in 1914. What propelled the US into WWI was when Germany continued to utilize submarine warfare even despite the US warning the Germans to stop sinking British U-Boats. The final straw was when Germans sunk the Lusitania, which was a British boat carrying Americans and British passengers- killing many Americans. This event caused an influx of Yellow Press (propaganda-like journalism) which convinced Americans to support war through budding nationalism. After Germany sunk several more US ships, Congress finally decided to declare war against Germany. 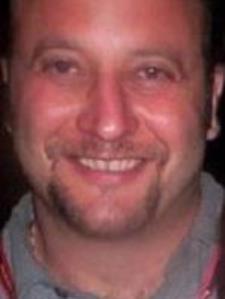