How could the USS Maine explosion have been investigated?

After the explosion of the [USS Maine](https://en.wikipedia.org/wiki/USS_Maine_(ACR-1)) in 1898, was it possible for the United States to ask Spain if their mine had sunk the USN Battleship?
Follow • 2
Add comment
More
Report

Sure, but under the circumstances, the U.S. would have expected a denial, and Spain indeed would have denied it, and rightfully so, because they didn't do it. The short answer is nobody reached out to Spain to ask them nicely if they did it because it would have been a waste of breath and fake diplomacy and the results were preordained. If you've read your cited article and any other history on this issue, which it sounds like you have, you already know that this was a newspaper-caused rush-to-war yellow journalism event created almost exclusively by two New York newspapers headed by Joseph Pulitzer and the Hearst organization. Nobody was interested in what the Spanish had to say, the war-hysteria and patriotic duty of the moment was let's go shoot and conquer something.

There have been numerous investigations and inquiries into the cause of the USS Maine explosion, and among the ones that were run by people who actually drive and know ships for a living, the verdict is pretty unanimous. The USS Maine explosion was an internal one, not an external one from a mine or torpedo. The Spanish did their own investigation and came to the same conclusion. Due to bad ship design, the explosive coal bunker was right on the other side of the bulkhead (or same wall) of the powder magazine. Coal and coal dust is always an explosion hazard but it was especially so in 1898 because the US Navy had at the time just recently switched from anthracite coal to bituminous coal. Bituminous coal burns hotter and is much more explosive than anthracite coal and most nautical experts agree, was the cause of the explosion. 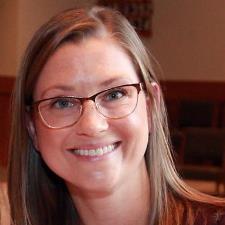