How did Thomas Jefferson's time in France influence his views of women?

Jefferson seemed to believe for some time that women were consigned to domestic duties while men were tasked food, shelter, protection, public debate, and politics. He went so far, in 1816, to declare that for men and women to cross this division and mix promiscuously in public meetings would produce "deprivation of morals and ambiguity of issue." However, in France, he met for the first time intelligent and emancipated women who presided over the Parisian salons, debating politics and moving freely within spheres of society that were considered off-limits to women in America. How did Jefferson's exposure to women in France influence his views of women, especially in the context of his ideal republican vision centered around the nuclear family?
Follow • 1
Comment • 1
More
Report
Report

Jefferson was a very handsome man. He attracted women of many different sorts. Women in France were not subjected to the harsh rules that women were women in America. He was confounded by the free state the women in France experienced. In fact, Sally Hemmings wanted to stay in France because of that country's liberalism.

His views of women changed as he saw women as more free and enterprising there.

The nuclear family in America, where the women (wife) do everything was status quo when he returned to the states 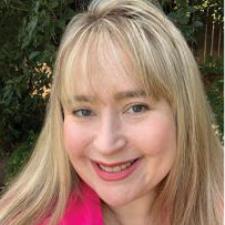