What did the Japanese believe about the USA capability of making/using additional atomic bombs?

The Japanese had no reliable information at all as to how many atomic bombs we had nor when the next one would be dropped. It was all fear-driven speculation, and they assumed the worst. Put yourself in their shoes. On a certain Monday in August (it was the 6th), the US destroyed the entire city of Hiroshima with one bomb. The U.S. dropped leaflets warning this would happen, but nobody paid attention. The US calls for Japan to surrender later that day. They don't. So....

On Thursday of the same week, all of a sudden Nagasaki is incinerated and goes up in flames, again all done with just one super bomb. Pretty horrifying stuff. So, what would you conclude? Two major cities destroyed three days apart? A rational person would most likely believe that this schedule would and could have the probability to continue, and that you are going to lose a major city "somewhere" every 3 days. Do the math, how many major cities do you have? So ok.....it's now time to surrender, or face oblivion as a country and race.

If only they had known. The truth was that the United States absolutely did not have a third atomic bomb available to drop on Japan, and this is a recorded fact, but don't expect to find it on the open internet. There's a long story to this, but there were basically two reasons as to why not; 1) the bombs dropped on Hiroshima and Nagasaki were of two completely different designs, and they wanted to see which one worked better before they committed to building a third, and 2) the 2 bombs dropped in Japan, plus the test bomb set off the month before in New Mexico had used up the complete supply of fissionable uranium available to make bombs.

The two bombs dropped in Japan were very different. The one dropped on Nagasaki was called Fat Man, and used an implosion system to create a uranium reaction. The one dropped on Hiroshima was called Little Boy and used a gun-type mechanism to fire a uranium pellet down a tube to create the uranium reaction. The advantage of Little Boy was you could make a less bulbous and more streamlined bomb that would more easily fit into bomb-bays. Fat Man however turned out to be more efficient explosively, by a factor of 10x.

Now in order to build and set off any atomic bomb, you need enriched uranium oxide. There was a special facility set up by the U.S, in Oak Ridge, Tennessee to do just that, but they weren't producing enough for more than about one bomb. Then a miracle happened. On the 10th of May, 1945, Germany surrendered and all German U-Boats everywhere were told to surface, raise a white flag, and proceed to an American, Canadian or British port. One of these German U-boats, the U-234, was carrying 1200 pounds of uranium oxide destined for Japan, so that Japan could start making her own atomic bomb. There were 2 Japanese officers on board the German U-boat to accompany this critical shipment, and when they found out the submarine was surrendering and headed for a U.S. port, they committed suicide. The submarine eventually pulled into Portsmouth, Virginia where the cargo was discovered. These 1200 pounds of uranium oxide now became US property and allowed the U.S. to make three atomic bombs, but only just. One was set off in the New Mexico desert in July as a test, and the other two went into the history books in August. If we had needed a third, it would have been at least a 3 or 4 month wait (and some say as long as 6 months) to get enough uranium oxide again, manufacture a 4th bomb, and ship it to the Pacific. 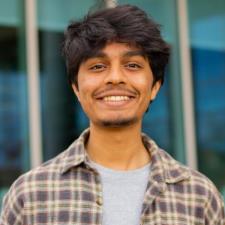