In 1940s/50s how did refugees earn US citizenship?

* Does the country of origin (Poland here) make a difference? * How does a minor's status affect the process? * What were the conditions (having lived in the US for x years, etc?) **at that time** - it is easy to find the rules today, but were they the same during WW2 with the many European refugees? * Does it matter if the parents are alive or supposed dead? * Does it make a difference if a minor is adopted by US citizens? There are plenty of examples for refugees becoming permanent US residents and citizens, but I could not find the exact process at that time for an unaccompanied minor.
Follow • 1
Add comment
More
Report

Pretty much the same way as every one before them did; they took a number and got in line and waited 5 years, then took their citizenship tests.

However, there were some side doors for certain people, and for certain skill sets. If you had fought with US forces you were given Veterans preference. If you were a scientist in any subject of interest to the military or the US government, you went to the top of the list. There was also indeed a preference for Europeans (and had been since the 1920's). In addition there was a sort of unofficial policy among sympathetic US Immigration officials to speed along those who had suffered most from the WWII, and especially the holocaust. Poland was exceptionally hard hit, with every single city except Krakow pounded to rubble. All these incoming Immigrants at the time were called DP's, for Displaced Persons. Someone from Poland in the 1940's and 1950's would have qualified on both counts as both European preference and as a DP. Most Polish immigrants settled in (and still do to this day) New York (Buffalo), Illinois (Chicago), Michigan and Pennsylvania. Nearly one third of all Poles in the U.S. live in the Chicago area, and the number of folks claiming Polish ancestry around Chicago exceed the current population of Warsaw, the capital of Poland.

In the 1920's, for a short while, the Ku Klux Klan was a legitimate political party and had an influence in Congress. This KKK influence affected some immigration legislation laws passed in 1919 and 1926 and suffice it to say the laws were generally designed to keep out or minimize Asians and other people of color, thereby making it a de-facto preference for Europeans. This didn't get changed until the Immigration Act of 1965 finally allowed people from all nations to be given equal access to immigration and naturalization.

The topic of minors and war orphans after WWII is a huge one, and the subject of a whole other write-up. Lost children, minors and orphans stood at the center of bitter political conflicts between the military, State Department, foster parents, Jewish agencies, German agencies, social workers and the DP's themselves. There are too many variations and situations to discuss and list, but in general, yes a child's status and background could greatly influence their ability to come to the US and speed up their US citizenship, depending on which organization you were working with, but nothing was guaranteed. 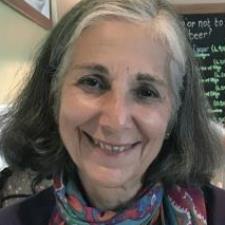