The author's central claim of the passage is that [...]?

Answer Choice B is the correct answer because at multiple points in the Passage the author indicates that women, although they have some educational access, remain unable develop and use their intellectual capabilities completely. In Lines 44-49, she writes, “She, like Tantalus, is placed in a situation where the intellectual blessing she sighs is within her view; but she is not permitted to attain it: she is conscious of possessing equally strong mental powers; but she is obliged to yield, as the weaker creature.” Earlier, she says, “Let man remember that, ‘A little learning is a dangerous thing.’” These quotes most clearly support Answer Choice B, that “women are hindered from fully developing and using their intellectual capabilities.” Answer Choice A is incorrect, because while it’s probably true that the author believes that women “have as much right to rigorous education as men have,” she places less emphasis on the right and more emphasis on the injustice women face in receiving only a partial education with partial freedoms. Answer Choice C is incorrect because, while the author does reference how an incomplete education with incomplete freedoms has taught women “to discriminate just sufficiently to know her own unhappiness,” she doesn’t go so far as to argue that it has “prevented women from realizing their goals.” Answer Choice D is incorrect because, while it’s probably true that the author believes that “methods of education need to be developed that appeal equally to men and to women,” she doesn’t focus especially on the need the development of these methods.

How to solve this? The Question asks, “The author’s central claim in the passage is that [...]?” To solve this, like the question before it, we have to first establish a general picture of the meaning of the Passage (which we can often do better after answering the remaining questions first) as well as locate a few specific Texts that give us the central claim. Following the previous question, we can say that, in general, the Passage: (1) points out that women are criticized no matter how they act, either generously or prudently, (2) asks why women are given books to read and think about without the freedom to act on them or think how they want, (3) that knowledge without freedom only points out women’s plight, (4) that men only care for women insofar as it benefits them and (5) that if women were to act the same way, society would deteriorate. Specifically, we can look at the title of the Passage which is called “A Letter to the Women of England on the Injustice of Mental Subordination.” Taken together, we can say the Passage primarily involves detailing the injustices which women face, especially in the realm of the mind.

This Question proves difficult because all of the answer choices are related to each other and because all of them seem plausible based on parts of the text or the author’s expected view. Once we do a first pass over these answer choices, we should recognize the need to be more careful and to focus particularly on finding errors within three of them. Answer Choice A says, “women have as much right to a rigorous education as men have.” This answer choice should strike us as immediately plausible, given what we know about the author’s point of view. However, because this is a difficult question, we need to approach it more discriminately. Does the author focus on detailing the right that women have? Or, does she assume that women do have this right and instead outline the injustice of it not being served to them? We should eventually arrive at the conclusion that this answer choice is incorrect, because while it seems a plausible position for the author to take, we have insufficient information to say that she focuses on this right. Answer Choice B says that, “women are hindered from fully developing and using their intellectual capabilities.” This answer choice also seems plausible given the point of view of the author. Moreover, it has two things working in its favor: (1) it’s a very general answer choice, (2) we have evidence that the author believes that women are hindered from “developing and using their intellectual capabilities,” implying that they do have some access but that its incomplete. So we should keep this answer choice. Answer Choice C says that “education has prevented women from realizing their goals rather than helping meet them.” Although this answer choice seems to take a negative point of view towards education, in contrast to the author’s favorable view, it might also seem plausible given what she says about the downsides of receiving a partial education (Lines 44-49). However, her particular point is that receiving “a little education” with only partial freedoms is an injustice that makes their limited freedom more acute, but not necessarily one which prevents them from realizing their goals, so we can eliminate this answer choice. Answer Choice D says that “methods of education need to be developed that appeal equally to men and to women.” This answer choice also seems plausible, given what we know about the author’s point of view. However, the Passage doesn’t focus especially on the need for these methods to be developed, and we can only say that the author would support this implicitly, so we can eliminate this option. That leaves us only with Answer Choice B, which we should choose as our correct answer. 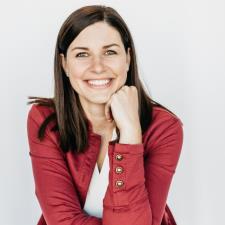 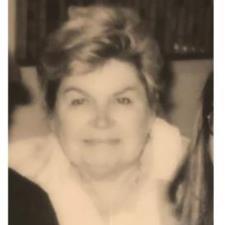 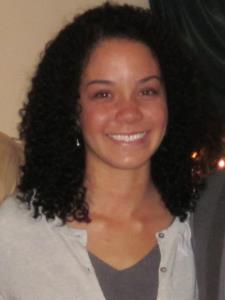