A meaningful irony in the passage is that, while the narrator had admired the young Swede's accomplishments, the Swede [...]?

How to solve this? Question 5 asks, “A meaningful irony in the passage is that, while the narrator had admired the young Swede’s accomplishments, the Swede [...]?” Because this is a Paired Question we should first to the answer choices for Question 6 and look for an end to the Question which would complete the irony. Because an irony is something that violates our reasonable expectations, we should expect that an irony related to the narrator admiring the Swede in their youth would involve the Swede now admiring the narrator in their adulthood, and we should look for an option like this.

For Question 5, Answer Choice A says that the Swede “had trained his son to follow in [the narrator’s] footsteps.” This would show a meaningful irony, but we should note that the phrase “follow in his footsteps” is a relatively “loud” answer choice, and carries a large burden of proof which the Text just doesn’t provide, so we can eliminate this option. Answer Choice B says that the Swede now appreciates “the narrator’s accomplishments as an adult.” This is fairly neutral answer choice, and matches our two possible Texts, so we can keep this option. Answer Choice C says that the Swede “had failed to achieve his promise as the years went by.” This wouldn’t perfectly complete the irony set up in the question, since the irony involves the narrator appreciating the Swede early on and the Swede appreciating the narrator later in life, not that the Swede failed in later life. More importantly, neither our Texts nor our Passage supports this claim, so we can eliminate this option. Answer Choice D says that the Swede “envied the achievements of his more scholarly classmates.” This answer choice might seem to vaguely match our two texts and complete the irony, but it has a few things wrong with it. First, it has too much [pejorative flair], making it unlikely to be our answer choice unless it has very strong evidence to support it. Second, it uses the plural classmates, whereas the only possible envy he might feel that we would know about would have to address Zuckerman directly. And third, there’s just no evidence in our Passage or our Text that the Swedge feels envy, only a kind of appreciation or admiration. This leaves us with Answer Choice B for Question 5. 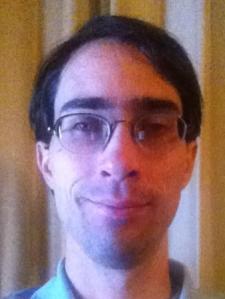