How did the news of the reality Nazi concentration camps reach the United State's mainstream? What were the waves of awareness and when?

How can we characterize US citizens' awareness of the full horror of the Holocaust in 1940, 41, 42, 43, and on? When did people become broadly aware? And how were the horrors explained by escapees or loose-lipped guards disregarded or acknowledged but only in a small segment of the population?
Follow • 2
Add comment
More
Report

Well you could teach a Holocaust class or do a PhD thesis on this issue, but I'll try and condense to the executive summary version. Basically, the average person on the street didn't know about death camps until late April 1945.

Hitler's first death camp that he created was Dachau, in March 1933. People weren't stupid. From the very first roundup of inmates sent, whispers and rumors started filtering around Europe as to what was happening there. These whispers and rumors, as you mentioned, not only came from civilians, but from the German military and their family members gossiping too. Prior to Hitler taking over, the German military had been a proud and basically honorable organization, and many rank and file German soldiers and officers were secretly horrified when word got around that genocide was the new order of the day. To talk about it openly though got you shot. As Hitler tightened his grip on Germany and the media, more camps were established but everything still stayed at the gossip level. Once the war broke out, intelligence reports from various sources were indeed received by the Allied side in the 1939 through 1944 time frame regarding exterminations of Jews being housed in concentration camps, but nobody at the time fully appreciated or understood the sheer scale of it. There were also more urgent matters to attend to than distant camps somewhere in Poland and Austria, like taking care of German bombers over London and rampaging U-boats in the Atlantic. There was also nothing the Allies could basically do about it at that time because Hitler had all of Europe under his control. Not until June 6th 1944, when the Allies landed once again at Normandy, and the Russians began pushing harder from the east, did things start to happen. A little over a month later, on July 23rd, 1944, the Russians came across and liberated the first death camp at Majdanek in Poland. They documented it, and casually informed the other allies, but didn't get too excited or outraged about it, having run a death camp or two of their own. When they came across even more German death camps, they started to understand something large and systematic was going on, but still, no excitement and public media. Under Stalin, it simply wasn't the Russian way. The majority of the dead the Russians found were Poles or Germans, and Stalin could care less about dead Poles or Germans, having had his own army massacre many Poles earlier in the war. It wasn't until the Americans coming in from the west liberated Ohrdruf, a satellite camp of Buchenwald on April 4th of the following spring (1945) that it really hit the fan. This is when everything went truly public and the world heard the details and understood the magnitude for the first time via radio and newspaper wire service reports. Eisenhower, of German ancestry himself, was furious at what the Germans had done. He ordered that all the German civilians from nearby towns be paraded through the camps in order to see what they had tacitly condoned. He then conscripted the townspeople to start doing burials of the dead. Newsreel cameramen swarmed the camps, and by the end of April 1945 the first Holocaust newsreels were playing in movie theaters in major cities all over the world, where the footage was considered the most shocking thing ever seen on film. By July 1945, almost everyone worldwide in metropolitan areas (including German prisoners of war in the U.S. in their own camps) had seen at least some film footage or photographs. 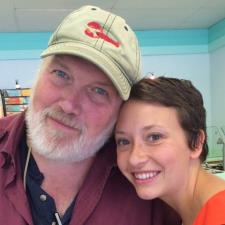 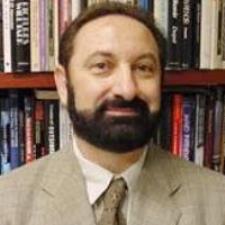