If a human takes antibiotics are all bacteria in the body killed?

From my basic understanding, antibiotics kill living things, bacteria for example.Do the antibiotics consumed by a human-being distinguish between what they kill? Or do they just kill every bacteria they find? And if that's the case, which bacteria do antibiotics find or do they find all bacteria in a human's body? Again, if that is the case, does that mean that after taking antibiotics for a certain time that the human body is free of all bacteria?
Follow • 2
Add comment
More
Report

You're correct that an antibiotic will kill (anti-) something that is alive (-biotic), specifically, bacteria. The formal definition of an antibiotic is a substance that will either inhibit the growth or replication of a bacterium (singular) or kill it. This is different from an antimicrobial substance.

Now, exactly which bacteria an antibiotic will kill (some of them? all of them?) depends on the type of antibiotic. For example, some antibiotics are highly specialized to target specific types or species of bacteria. But there are also broad-spectrum antibiotics that target a wide range of bacteria.

As an analogy for using a broad-spectrum antibiotic, imagine you want to get rid of a couple of types of weeds in a yard. If you spray broad-spectrum, sure, you'll likely kill the weeds. But you may also kill the grass, the nearby clover, the mushroom filaments underground... all kinds of organisms. In this analogy, the yard is the human body and the plants and fungus are bacteria.

So if you take a broad-spectrum antibiotic, could it kill all bacteria in a body?

Perhaps, but such a powerful antibiotic would be seldom used. Why?

Since there are more bacteria cells in and on our bodies relative to our own cells, there is a huge amount of bacteria that are beneficial to us. Our health may be drastically affected if we were to kill too many of our bacteria. It may help to imagine the human body as a vast community of billions of cells that are living and working together to survive and reproduce.

There's a dangerous consequence of overusing antibiotics, especially powerful ones such as vancomycin (think "vanquish"). Let's revisit the yard analogy:

It kills a large amount of bacteria. This opens niches in the body for other bacteria to colonize and grow:

"Where did everyone go? There used to be a lot of bacteria living here."

"What's wrong with your bacterium friend over there?"

"Oh, he got beat down by that antibiotic, but he's getting better."

What's the issue with leaving a small proportion of bacteria behind which are resistant to the powerful antibiotic? We have artificially selected for the resistant bacteria--and we've opened up new territory for them to grow. The overusage of antibiotics, especially at the community level, leads to the selection of superbugs that are highly resistant to antibiotics: they're hard to kill.

This is also a consequence of the over-use of antibacterial gels, which are primarily alcohol. If we continue killing the majority of weak bacteria on our hands, we are artificially selecting for more resistant bacteria.

As an example, look up the bug MRSA: methicillin-resistant Staphylococcus aureus.

So to answer this question antibiotics come into two different types you bactericidal antibiotics that completely kill bacteria and you have bacteriostatic that don't necessarily kill the bacteria but stunt there growth. Now in terms of taking antibiotics certain antibiotics affect one types of bacteria but not the other i.e. gram positive vs gram negative bacteria due to the amount of peptidoglycan present in the cell walls and/or anti-fungal medication that targets fungus because of the the chitin that is present in the cell walls that is completely different from bacteria and humans. So if taking antibiotics they don't "pick and choose" between good and bad bacteria they will kill everything that they can target if the bacteria hasn't developed a form of resistance mechanism against that particular antibiotic or if the bacterium is a natural producer of the antibiotic then it will have no effect. Due to this it has been seen in various studies that taking long dosages of antibiotics actually kills off gut microbiome and causes an alteration of the person which leads to more infections because you got rid of the "good guys" and made more room for the "bad guys". A classical example is seen in outpatients and those in long hospital stays taking heavy antibiotics for long periods of time will become infected with C. diff. and experience vomiting, diarrhea, etc and will either require longer stays in the hospitals or a hospital visit and of course stopping of the current antibiotic. Once a antibiotic has been stopped the affect microbiome will slowly result back to the way it use to be with some slight altercations and will prevent infections again.

Great question! In short, no, but there is a lot to consider.

Antibiotics are designed to target bacteria, but they can be toxic to other living cells and tissues (this is why we monitor dosages and sometimes blood and tissue concentrations).

Some antibiotics are bacteriocidal - they kill bacteria, and some are bacteriostatic - meaning they slow bacteria growth.

There are numerous classes of antibiotics all with different mechanisms of action and thus different targets. Some are "broad spectrum" meaning they target many classes of bacteria. Some have a more narrow spectrum and impact fewer organisms. That said, if an antibiotic comes in contact with a cell or tissue vulnerable to its actions it cannot distinguish that cell from an invading organism.

The key is exposure and vulnerability. The antibiotic must make it to the bacteria in sufficient concentration to yield the desired degree of impact. Antibiotics taken by mouth have different degree and type of impact than when they are given intravenously or intramuscularly.

Bacteria are quite literally part of you and I and are copious on the parts of living things that are in contact with the outside world (including your entire GI tract!), so, completely eradicating bacteria on a person is impossible with ordinary dosages of antibiotics.

The short answer is no, antibiotics do not kill ALL of the bacteria in the human body. If that were the case, the antibiotic in question would likely kill the human in the process.

Bacteria are essential for human beings to function properly. For example, there is an absolute plethora of bacteria in our intestines which we require in order to digest foods properly. "Probiotics" in certain foods, are literal live cultures of bacteria that food companies claim can promote intestinal health.

There are countless different species of bacteria, each having different structures and functions. If a physician is confident in what type of bacteria is causing your symptoms, they may treat your with a "narrow spectrum antibiotic" which targets a specific structure/ function in a bacteria rendering it useless or killing it outright.

Of course, medicine is not perfect and if the "bad" bacteria has a similar structure/function to the "good" bacteria in your body, the antibiotics may attack both types of bacteria. This is why antibiotics can have side effects. This is also why we take antibiotics in certain doses over a period of time so we can mitigate the toxic effects while maximizing the benefit.

So yes, antibiotics are designed to only target specific types of bacteria. They do not kill every bacteria they find.

Certain antibiotics target specific bacteria, so not all bacteria are killed by an antibiotic and even the targeted ones will likely not all die - just bringing the number down to a less-pathogenic count. 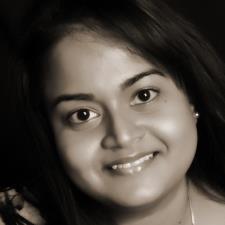