Why is it important to know these stages???

Meiosis is very similar to mitosis, with a few exceptions:

1- Mitosis can occur in all cells that ARE NOT a sex cell (like egg or sperm), whereas meiosis ocurs only in sex cells

4- During PROPHASE I of meiosis, a unique process occurs called crossing over occurs, where homologous chromosomes may exchange portions of their chromatids and produce unique NEW genetic arrangements.

The 4 differences above are WHY the steps of Meiosis ARE IMPORTANT. The process produces sex cells, which are haploid and may also produce NEW UNIQUE genetic combinations.  These unique arrangement are one of the mechanisms of evolution.

Meiosis, very easy to confuse with Mitosis.  I have always had my students go to this excellent site to see what is happening: http://www.cellsalive.com/meiosis.htm.  This is an excellent animation.

The best way to remember the stages of meiosis is probably to use a diagram. Here's a convenient one: http://upload.wikimedia.org/wikipedia/commons/5/54/Mei osis_diagram.jpg

The different stages are important because there are different processes occuring within each stage, and they correlate to each other. For example, whether you're talking about Telophase in Mitosis or Telophase I or Telophase II in meiosis, they refer to the same process, the forming of two separate neuclei in the cell and getting ready to split. Giving it a name helps people refer to the process without saying "that one thing that happens at this time" and being vague.

I'm going to take a slightly different tack on the 'why is it important' question. In some ways, the most important reason is because you'd like to get an 'A' in the class, and one way or another, identifying the stages is likely to be on exams and quizzes.

In thinking about the stages, it helps to think about history. They were named when the best way to learn about meiosis was to look through a microscope and see what you could see. So the stages correspond to easily identified changes in the appearance of cells using light microscopy.

Now the reason that there were visible differences is because there was stuff going on--stuff that was critical to the accomplishment of the goals of meiosis. Meiosis exists because for sexual reproduction, we need each parent to contribute EXACTLY HALF of their genetic material to offspring. That's an incredibly challenging task... but if you think about what MUST happen, you can pretty much design meiosis from scratch, and predict what things will look like.

Since you're going to need machinery for dragging, that's going to have to get built, and you'll see that (spindle)

In order to get 'one of everything' into each daughter cell, the only way to reliably do that is to first pair things up, then pull the members of the pair in opposite directions. So at some point you're going to see the homologs pair (meiosis I) or the sister chromatids pair (they are actually 'born paired' because they never separate after replication). This would work best if all the pairs 'lined up' in a uniform way... and that's exactly what you're going to see in your microscope--all the pairs in a row. Then you're going to have to drag them apart, so you'll see that to.

tl;dr: the stages correspond to critical, observable events that are part of meiosis serving its purpose

Upvote • 0 Downvote
Add comment
More
Report
Stacy, Kathy and Oly wonderfully provided details on Meiosis and they didn't leave any meat on the bones form me. However I would like to speak about the WHY? regarding meiosis.
Meiosis provides for a large amount of genetic diversity that may allow for survival in starkly contrasting environments.
Reasons to learn Meiosis are many but I’ll give you two more, both making the study of meiosis critical. Contact the Turner Syndrome Society to visit local patients and the American Association for Klinefelter syndrome.

Burden to society: many of the aneuploidy conditions spontaneously abort however those zygotes that survive to adulthood require institutionalization usually paid for by Medicaid and or Medicare and at a time of dwindling resources, research for a cure is paramount to survival of state Medicaid and Federal Medicare services.

Ø  EUPLOID (n times 1 → ∞) state is an exact multiple of the Haploid (n) state. VERY IMPORTANT to your question.

Ø  What if the chromosome number is NOT Euploid? This is called ANEUPLOID (not a multiple of Haploid (n) state)

Ø  Turner’s patients have severe cardiac anomalies, gonadal dysgenesis (see impact on bones and costs) and have near normal intelligence but have impaired mathematics skills and visual spatial orientation

Ø  Numerical aberrations that result in Turner’s and Klinefelter (sex cell aneuploidy) are examples of the importance of learning phases of Meiosis.

Ø  If you have time read about polyploidy conditions; 1) Spontaneously aborted fetus’ 2) Tumors and 3) specific differentiated cells 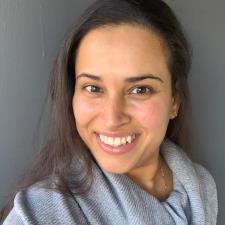 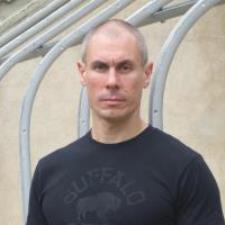 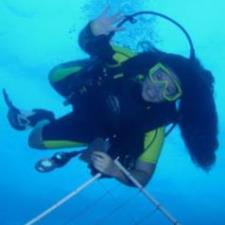