Please help me with these English questions.

Which of the following is not a Transcendentalists belief?

B. God gave humankind the gift of intuition, insight and inspiration.

D. Spirituality can be defined in a new way, less rationalistic.

By the rude bridge that arched the flood,

Their flag to April’s breeze unfurled,

Here once the embattled farmers stood

And fired the shot heard round the world.

The foe long since in silence slept;

And Time the ruined bridge has swept

Down the dark stream which seaward creeps.

On this green bank, by this soft stream,

We set today a votive stone;

That memory may their deed redeem,

Spirit, that made those heroes dare

To die, and leave their children free,

The shaft we raise to them and Thee.

Use the Concord Hymn Poem above to answer the following questions.

The word conqueror refers to

B. the embattled farmers.

"We set today a votive stone" is an example of

In the phrase "Bid time and nature gently spare the shaft we raise to them and Thee," "time" and "nature" are

A. used as symbols.

an idealistic philosophical and social movement which developed in New England around 1836 in reaction to rationalism. Influenced by romanticism, Platonism, and Kantian philosophy, it taught that divinity pervades all nature and humanity, and its members held progressive views on feminism and communal living. Ralph Waldo Emerson and Henry David Thoreau were central figures.

If you don’t know this poem right off the bat, here are some clues as to what it’s about:

You’re given the title of the poem: The Concord Hymn.

You don't even have to read the whole poem, but you might notice that the first stanza ends with the line “and fired the shot heard ‘round the world.”

Now look at the options you have.

What is this poem about? Concord, “the shot heard round the world”, British, American colonialists…

If you guessed that it’s about the American Revolution, you’d be right.

So who’s the conqueror?

You don’t have to read the rest of the poem to know that the correct answer is A, The British.

First, votive. Think of a votive candle. It’s a candle that’s lit and set before an image or a statue to ask that deity to pay attention to the person’s prayers. So we can guess that the votive stone Emerson is talking about here, is a stone marker or something, maybe a gravestone. I happen to know that the Concord Hymn was written to commemorate the raising of a monument about the first battle of the Revolutionary War, but even if I didn’t, I just showed you how I logicked it.

Ok, now literary terms. I model in the video how I think through this question. I start with the terms I recognize easily, and I decide whether they make sense.

Metaphor is when one thing is used to represent another, that has qualities that don’t apply to it in ordinary speech.

Hyperbole is poetic exaggeration. Like when Dolly says that Jolene’s beauty is beyond compare, with flaming locks of auburn hair. We all know Jolene’s hair isn’t aflame because that would be eldritch and terrifying.

A symbol is a one-to-one correspondence. It’s a single image or person or word that always represents the same thing throughout the text.

So that leaves us with apostrophe.

An apostrophe in punctuation is used to show that we’re leaving letters out. Like aren’t instead of are not.

An apostrophe in literature describes when the speaker is addressing someone who’s not present. Like they’re thinking out loud for the benefit of the audience. We’re being given an intimate perspective on the speaker’s thoughts. “Hello darkness my old friend”, or "Romeo, Romeo, wherefore art thou Romeo?" -- that’s apostrophe

Apostrophe actually shows up later in the poem -- the last stanza, where the poet speaks directly to Spirit. But it's not the answer to this question.

I think your answer here is either symbol or metaphor. But because a metaphor is more extended, and we know that this votive stone is supposed to represent the memory of those that fought in that first battle, symbol is your safest bet.

In the phrase "Bid time and nature gently spare the shaft we raise to them and Thee," "time" and "nature" are

A. used as symbols.

Same thing again with that term apostrophe! This one is tricky, so watch out.

First option: A, time and nature are used as symbols. No. If there were symbols, Emerson would say something ornate about clocks and leaves or something.

B. being personified. Personification is when we make something that’s definitely not a person, into something with will and desire. It’s like anthropomorphism, but about inanimate objects. Like when you walk into a chair and stub your toe and tell the chair, “that was rude,” you’re personifying the chair a bit. So that’s a possibility.

D. here is our trick question, bringing apostrophe back! But this question does not involve apostrophe!

Spirit, that made those heroes dare

To die, and leave their children free,

The shaft we raise to them and Thee.

The apostrophe is in the first line. It’s kind of like a prayer or a command: Emerson is talking to Spirit, to God, to the spark of divinity in the Universe, and he’s saying:

"Spirit, you who made those soldiers be willing to die so their children could live free, tell Time and Nature to leave this monument alone, this monument that we’re setting in this spot to honor them and their bravery."

The apostrophe is for Spirit, not Time and Nature.

They’re being personified, that’s the answer you need. Because they’re being spoken of as if they were people, who could be commanded to behave in one way or another.

That's it! I hope this helped. I'd love to help you learn more about literary analysis :) Have a good day! 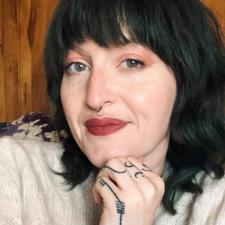 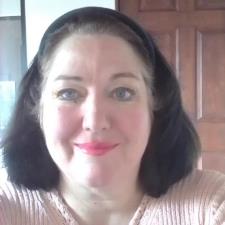