Why Christians believe that Jesus is God? While the Bible says otherwise.

Acts, Chapter 3, Verse 13 The God of Abraham, and the God of Isaac, and the God of Jacob the God of our fathers, has glorified his servant Jesus, whom you delivered up, and denied in the presence of Pilate, though he had determined to release him; (Codex Sinaiticus - Dated to early 3rd century).

Acts 3:13 (NKJV) The God of Abraham, Isaac, and Jacob, the God of our fathers, glorified His Servant Jesus, whom you delivered up and denied in the presence of Pilate, when he was determined to let Him go.

Acts 3:13 NIV The God of Abraham, Isaac and Jacob, the God of our fathers, has glorified his servant Jesus. You handed him over to be killed, and you disowned him before Pilate, though he had decided to let him go.

Acts 3:26 NIV When God raised up his servant, he sent him first to you to bless you by turning each of you from your wicked ways.”

Didache chapter 9:1 Concerning the Eucharist (communion) give thanks like this: First for the cup: We give thanks to You, our Father, for Your holy vine of David, Your servant, which You made known to us through Jesus, Your Servant. Glory to You forever.

Concerning the broken bread: We give thanks to You, our Father, for the life and knowledge that You made known to us through Jesus, Your Servant. Glory to You forever.

Didache chapter 10:1 After you are filled, give thanks like this: We thank you, Holy Father, for Your Holy name which you made to dwell in our hearts, and for knowledge and faith and immortality as You made known to us through Jesus, Your Servant. Glory to You forever.

The oldest Bible has been found in Palestine: https://www.youtube.comwatch?v=ogXWwKcHPNc

Didache - The Teaching of the Twelve Apostles - Written in Aramaic language - the language spoken at Jerusalem in the first century by Jesus and his Apostles. The Didache is dated to the 12 Apostles time - The original copy could be found at the Orthodox Headquarter in Jerusalem. The Didache is oldest surviving manuscript.

Hello! This is a very interesting question that holds incredible significance for the Christian faith. I can tell you've done research on the topic, and I respect your viewpoint.

However, it's important to involve context in this area and in every area of Biblical studies. Context may explain the misunderstanding in the interpretation of these verses concerning the deity of Christ.

All the verses you presented have a common theme: Christ became God's servant. However, it's important to note that substance/essence is not the same as station/position.

Let me explain. We, as humans, are equal in substance. None of us are less than or greater than anyone else on this count; our essence (what we are made or composed of) is the same. Yet we are not equal in station; we hold different social positions. The manager at McDonald's is equal with the cashier in the area of essence (they are both humans), but the manager holds a higher position than the cashier in the McDonald's organization.

It's the same with Jesus Christ. Jesus and God are composed of the same divine essence, yet Jesus's lower position (servitude) doesn't affect his divine substance.

There are many places in the Bible that clearly point to the divinity of Christ. Here are a few of the strongest:

Jesus's deity is so crucial to Christianity. He possesses the character of God, which makes His sacrifice, His humility, and the fact that he came to earth to serve us and die for us (Philippians 2:6-10) even more amazing! It's my hope and prayer that you will continue to search the Scriptures to discover who Jesus Christ really is and what He's done for you.

This topic is one that there is a lot of information on and a lot could be said about it.

As a Christian, I believe that Jesus is God. He is the second part of the Trinity--God the Father, God the Son, and God the Holy Spirit. Jesus is presented as a Servant as He is many times in the book of Mark. But He is also presented as the King of the Jews in Matthew, the Perfect man in Luke, and God in John. So which of these is He? The answer is that He is all of the above.

Some of the most powerful Scripture presenting Jesus as God is found in John. John 1 says that Jesus is "the Word."

Later in John 5, the Jews sought to kill him because He had made himself equal with God.

Also, there are many times in John where Jesus refers to himself as I AM. This is a direct reference to Exodus where God said to Moses--I AM THAT I AM. An example of Jesus saying this is in John 8:58 "...Before Abraham was, I am."

John 10:30 says "I and my Father are one." If Jesus was just God's servant, he would not be equal with God.

Philippians 2:5-11 says "Let this mind be in you, which was also in Christ Jesus: Who, being in the form of God, thought it not robbery to be equal with God: But made himself of no reputation and took upon him the form of a servant, and was made in the likeness of men: And being found in fashion as a man, he humbled himself, and became obedient unto death, even the death of the cross. Wherefore God also hath highly exalted him, and given him a name above every name: That at the name of Jesus every knee should bow, of things in heaven, and things in earth, and things under the earth; And that every tongue should confess that Jesus Christ is Lord, to the glory of God the Father." Several times in the Bible, you find someone bowing down to worship a servant of God or an angel, and they are told not to. They are told that worship is for God alone. (Revelation 19:10) If Jesus were just a servant of God, it would not be okay to worship Him. But He was not just a prophet, a good man, or a servant--He is God Almighty and fully deserving of our worship and praise.

Moreover, Colossians 1:16-18; 2:9 "For by him were all things created, that are in heaven, and that are in earth, visible and invisible, whether they be thrones, or dominions, or principalities, or powers: all things were created by him, and for him: And he is before all things, and by him all things consist. And he is the head of the body, the church: who is the beginning, the firstborn from the dead: that in all things he might have the preeminence...For in him dwelleth all the fulness of the Godhead bodily."

The Bible has many instances where it shows that Jesus is God. But why is it so important doctrinally? Jesus being God is important to the doctrine of salvation.

Romans 6:23 says "for the wages of sin is death; but the gift of God is eternal life through Jesus Christ our Lord." Because of sin, there is eternal death in Hell, but God in His mercy and grace provided a way for us to be forgiven of our sins and spend forever in Heaven with Him. But this is only possible through Jesus Christ. Why is Jesus so special? If a servant of God is what was needed, then we could be saved through Moses or Samuel. If a righteous man is what was needed, then we could be saved through Job or Noah. If a prophet is what was needed, then we could be saved through Isaiah or Jeremiah. But it was not a servant, righteous man, or a prophet that was needed. Our salvation had to be through Jesus because He is God. He was a servant, prophet, and perfect--but most importantly He was the Son of God who would take away the sins of the world. That is the gospel, the Good News that when we were sinners, God sent His only Son to be born of a virgin, live a sinless life, die on the cross, be buried in a borrowed tomb, and raise from the dead three days later. And the amazing part is that all we have to do to accept the "gift of God" that Romans talks about is admit that we are a sinner, believe in Jesus and what He did to take away our sins, and call out and ask Him to save us. (Romans 10:9-10; 13)

The passages you quoted from the Apocrypha are considered to be Scripture by Catholicism; however, the Apocrypha contradicts the Bible in several places and therefore is considered non-canonical by most Christians.

Also, it is interesting to note the meticulous methods through which the Bible has been preserved. It is a very interesting study. The scribes who wrote the Bible could not make more than two mistakes on an entire scroll or else the entire thing had to be thrown out and they had to start again. They could not write the name of God after just having dipped the pen in ink (so as to prevent splotches), and when a scroll was getting old, it would be rewritten. These and many other precautions were taken to make sure that every jot and tittle of God's Word would be preserved throughout the ages. It is because of these practices that the oldest text is not necessarily the most reliable as is sometimes perceived. Instead, the majority of Biblical texts--or the Texus Receptus--is considered the most reliable as it has more than 5000 portions of text that it has been taken from. 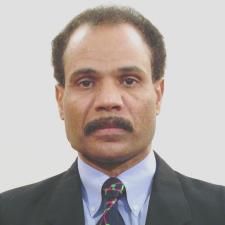 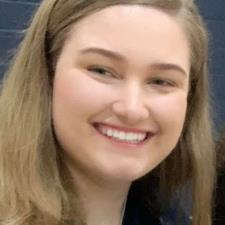 Let us remember that the Bible is the inerrant and unchanged word of God. So, it does not contain lies. The Bible contains many verses to indicate that the people lived with Jesus did see him a Prophet.

Matthew 13:57 NIV And they took offense at him. But Jesus said to them, “A prophet is not without honor except in his own town and in his own home.”

Matthew 21:11 NIV The crowds answered, “This is Jesus, the prophet from Nazareth in Galilee.”

Matthew 21:46 NIV They looked for a way to arrest him, but they were afraid of the crowd because the people held that he was a prophet.

Mark 6:4 NIV Jesus said to them, “A prophet is not without honor except in his own town, among his relatives and in his own home.”

Mark 6:15 NIV Others said, “He is Elijah.” And still others claimed, “He is a prophet, like one of the prophets of long ago.”

Luke 24:19 NIV  “What things?” he asked. “About Jesus of Nazareth,” they replied. “He was a prophet, powerful in word and deed before God and all the people.

John 6:14 NIV After the people saw the sign Jesus performed, they began to say, “Surely this is the Prophet who is to come into the world.”

John 7:52 NIV They replied, “Are you from Galilee, too? Look into it, and you will find that a prophet does not come out of Galilee.”

John 9:17 NIV Then they turned again to the blind man, “What have you to say about him? It was your eyes he opened.” The man replied, “He is a prophet.” 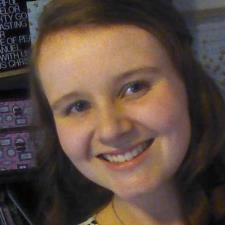 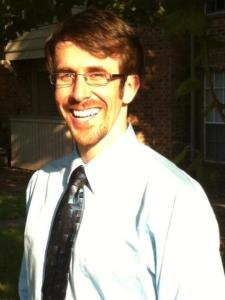 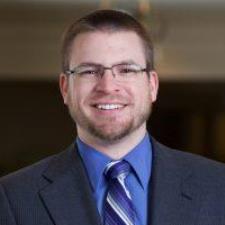 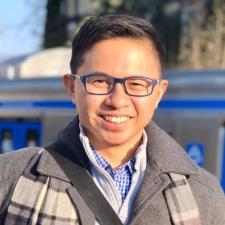