Provide at least three ways that he or she reflects Romantic thinking in his or her writing.

Both Walt Whitman and Emily Dickinson were influenced by the Romantics. Choose one of the two poets. Provide at least three ways that he or she reflects Romantic thinking in his or her writing. Then give an example from one of the works that you studied in this unit that illustrates that characteristic.

Of these two, I would select Emily Dickinson as a poet influenced by the Romantics. Walt Whitman was influenced by Romanticism through Emerson, but himself was actually a Transcendentalist.

Look at any of Dickinson's poems, and you will find a deep connection between the author's emotional world and the natural world around her. In her poem "I taste a liquor never brewed," Dickinson compares her joy in nature to becoming inebriated. She metaphorically becomes drunk on the summer air. But nature also reflects her inner turmoil. In "There's a certain slant of light," Dickinson describes a slant of light on winter afternoons that "oppresses" her, an affliction which makes her think of the despair that her soul currently feels.

You will also see in her poems how she confronts or embraces the supernatural--particularly Death. In "There's a certain slant of light," Dickinson ends the poem describing the disappearance of the light as the "Distance on the look of Death." Here, death is unknowable and distant, but still part of an internal ache. However, in "Because I could not stop for Death," Dickinson talks about Death as if it were a person. She describes him as civil and kind, almost like a friend. In calm tones, Dickinson describes how Death gives her a ride in his carriage "toward Eternity." 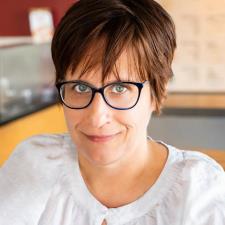