Why did Abraham Lincoln choose Andrew Johnson as a vice presidential running mate?

Johnson was originally a member of the short-lived Civil War-era National Union political party. He was elected to be Lincoln's Vice-President by the Republican Party in an effort to win votes in the struggling south during the Presidential Election of 1864, since Lincoln heavily supported the larger Union Army in the North during the Civil War and was up for re-election in 1864. Both Lincoln and Johnson were southerners themselves--with Lincoln hailing from Kentucky and Johnson hailing from Tennessee. Plus, Johnson's views on abolishing slavery and reuniting the Southern states during the post-Civil War Reconstruction Era were similar to Lincoln's motives thereon. While the two politicians had different personalities and opposite means of political support from Congress, Lincoln-Johnson were not the first President-Vice-Presidential duo of opposite proportions in the White House. John Fitzgerald Kennedy (who is compared by many historians to Lincoln and vice-versa--due to their countless political appointees of similar statistics, them both having been assassinated, the "civility" of their time in office [i.e. the Civil War and the Civil Rights Movement], occurring exactly one century apart) electing the older Lyndon Baines Johnson from a different part of the country (Texas; Kennedy was from Massachusetts) to be his running mate-turned-Vice-President in 1960 was another example of such "clashes" between Presidents and their Vice-Presidents. But like Lincoln 100 years before him, Kennedy chose his running mate-Vice-President in order to win votes from residents in an area of the United States where he was either unknown or initially unpopular.

In 1860, Lincoln ran for the presidency on the Republican ticket while Johnson ran on the Democratic ticket. In the days of the mid-19th century, the winner of a national presidential election became president, while the loser became Vice President. In the 1860 General Election Republican nominee Abraham Lincoln won the Electoral College and became President. That meant that Democrat Andrew Johnson, who had lost the election to Lincoln, became Lincoln's Vice President. 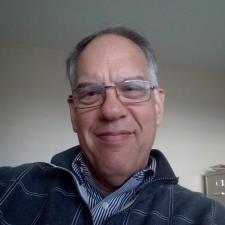 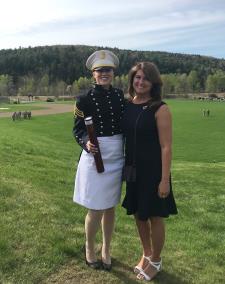