An explanation of the preface in "The Picture of Dorian Gray"?

I am currently reading The Picture of Dorian Gray and I'm puzzled over the meaning of a few sentences on the opening page. "The highest as the lowest form of criticism is a mode of autobiography." Can someone explain this in simple terms? Is Wilde trying to say that the highest form of criticism is one in which you're actually critiquing yourself? "The nineteenth century dislike of Romanticism is the rage of Caliban not seeing his own face in a glass." I've not a clue about this, all I know is romanticism was a movement and Caliban is a character in a Shakespeare play. Any help would be appreciated.
Follow • 2
Add comment
More
Report

Happy to help provide some thoughts on these two sentences in the preface of Oscar Wilde's The Picture of Dorian Gray, if you still need the advice. I'll take it piecemeal.

"The highest as the lowest form of criticism is a mode of autobiography."

"As" here functions like the word "and"--Wilde is possibly noting that some people think too lowly of themselves and others think too highly of themselves, but in each case, it will come out in the story they tell about themselves. Either we are our own worst critics, or we toot our own horns.

"High" and "low" also may refer to a sort of "artistic" criticism vs. a "base" criticism, respectively--in the same way we talk about "high" and "low" art or literature. In the former case, "high criticism" would be self-reflection, and in the latter, "low criticism" would be self-deprecation--one allows you to better yourself, and the other keeps you fixated on your own faults. Again, both of those come out in the stories we tell about ourselves.

"The nineteenth century dislike of Romanticism is the rage of Caliban not seeing his own face in a glass."

Correct--Romanticism was an 18th-century literary movement and Caliban is a character in Shakespeare's The Tempest.

Romanticism was highly driven by emotion and the individual experience--there was a lot of emphasis on nature and subjectivity. Some examples of Romantic authors and poets: Edgar Allen Poe, William Blake, William Wordsworth, Samuel Taylor Coleridge, Lord Byron, Percy Bysshe Shelley, Mary Shelley, John Keats, and Herman Melville. In the 19th-century, there came a backlash against Romanticism--the classic "emotion vs. logic" battle. Critics complained that the Romantics were too self-absorbed and didn't think logically.

Caliban was a "savage" character, the son of a witch, half-human and half-monster. He is often depicted as deformed or chimeric. He raped Miranda and took pleasure in it--he wanted to populate the island with his mini-me's. For this, Miranda's father, the wizard Prospero, captured and tortured Caliban. He may be compared with Freud's "Id"--in other words, he is our untempered human desires. He is what happens when we allow our emotions and base desires, instead of our logic and spirit, to rule us. He is the "low" self.

Putting all of this together, Wilde is comparing the backlash against Romanticism to an untempered rage stemming from our lowest selves and catalyzed by the inability to see ourselves in a mirror or piece of glass, where we ought to see ourselves. The highly-strung emotions attached to the mirror gazing recalls the myth of Narcissus, who drowned after falling too in love with his own reflection. Wilde is defending Romanticism--he's saying that in fact the self-absorbed ones are the "enlightened elite" and in fact there is much to be gained from looking inward and exploring our emotional selves. Romanticism is a form of autobiography--an inner journey, a self-reflection. 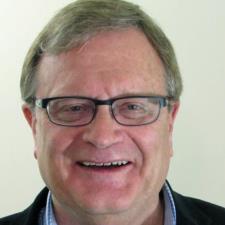 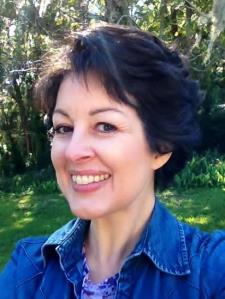