How many 2-digit positive integers are there?

How many 2-digit positive integers are there such that the product of their two digits is 24? The answer given is four. I'm not certain if I understand this question correctly and need some guidance on how to approach it the correct way.
Follow • 2
Add comment
More
Report

This problem can indeed be confusing. The key is to understand the wording of the question.

How many 2-digit positive integers are there such that the product of their two digits is 24?

We are only looking for 2-digit numbers that are positive, so numbers between 10 and 99. We also need that the product of the two digits is 24. A product is the answer to a multiplication problem, so we need to multiply the tens place and the ones place values to get an answer of 24.

I would look at the factors of 24.

I hope that this explanation makes sense and helps you out!

What digits could a number have such that the product of its digits is 24? There are 4 ways to multiply two numbers to get 24:

A lot of standardized tests will word question in an uncommon way to test your math abilities. This is a common example.

To begin start at the end, what numbers multiply to 24? To solve this, factor 24. If you have problem factoring, just begin at one and keep going up to see if they can multiply to 24 exactly.

Now the confusing part of the question. Basically the question is asking how many two digit numbers (so from 10-99) can multiply their digits together to get 24. This can be confusing because this is not what we typically do with digits.

Since your question asks you to consider only 2-digit numbers, we must consider products of two single digit numbers that equal 24. Note that the prime factorization of 24 is 2 x 2 x 2 x 3. This is important because it shows us what numbers we can multiply together to get 24: 2 x 12, 4 x 6, or 8 x 3. Notice that only two of those three products contains only single digit numbers. So we want 2-digit numbers that are combinations of either 4 and 6 or 8 and 3. You can only combine each pair in two ways and there are 2 pairs giving a total of 4 possible combinations.

Let's break down this problem.

We need to look for pairs of digits whose product is 24, and then arrange each pair into the maximum number of two-digit numbers.

Now let's look at making each pair into a two-digit number. This is a combinatorics problem. The question really is: given two distinct things, how many ways can I arrange them in an order? If we look at 8 and 3 and pick a number to go first we can do it two ways: 8- and 3-. Now, if we picked the 8 to go first, we must pick the three to go next, and vice versa. By picking the first number, we have forced our choice of the second number. That means that for each pair of numbers we have two ways to make them into two-digit numbers.

Hence, two factor pairs, each of which can be arranged two ways, and we get the final answer of four such numbers. The numbers are 83, 38, 46, and 64.

If you want to push your understanding, why not try to do the same thing with 3 digits and 24? That is, how many three-digit numbers are there so that the product of their digits is 24? Now you have to factor into triplets instead of pairs and think about the different ways to order three numbers - and sometimes with duplicate numbers! (the final answer is nine, but can you prove it?)

I would then list out the factor pairs of 24:

The only factor pairs that have single digit numbers multiplying together are 3 x 8 and 4 x 6. 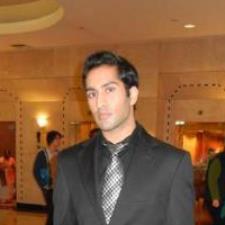 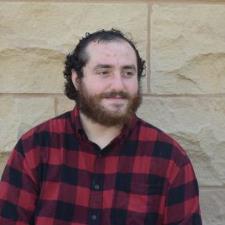