a)What historical, social, political situation might account for the decline in voter turnout between 1916 and 1920? Explain your answer.

b)What historical, social, political situation might account for the decline in voter turnout between 1968 and 1988? Explain your answer.

c)What historical, social, political situation might account for the decline in voter turnout between 2000 and 2008? Explain your answer.

d)What institutional barriers that are part of our current election systems might decrease voter turnout? Explain how and why.

The US has kept large numbers of its population from voting for most of its history. It began with the creation of the Constitution when the right to vote was left out because the founding fathers believed voting to be a privilege for the wealthy and educated. First white male suffrage was granted, then voting age restrictions were lowered, and black men, then women were given protections from voting discrimination.

Voter turnout didn't drop so much as the eligible voter pool became larger after voting reforms, the 15th, and 19th amendments. After the passing of the 15th Amendment, the South reacted with the resurgence of voter suppression laws that would remain for decades.

After 1960 voting turnout decreased due to a myriad of factors including the generational replacement theory; The theory that the civic-minded citizens living through the Great Depression and WWII were replaced by Gen X who hadn't had a unifying social disaster to keep them mindful of their government.

Political races have become less competitive over time which hurts participation. As money has played a larger and larger role in campaigns, the process has become less democratic, disillusioning many Americans in the early 21st century. In 2002 98 percent of incumbent House members were reelected, most with little or no competition. By comparison, the US House races are less competitive, by a large margin, than any other democratic legislature in the world. The 2002 election revealed that the trend of uncontested elections which suffice to say discourages citizens from voting at all.

States are in charge of running their own elections and there is a strong party incentive to controlling the voter pool. Many states still use poll tests, voter purges, and gerrymandering to control the electorate.

A brief explanation of some of the more significant reasons for the decline in voter turnout. For more about the decline of voting in the US, read The Vanishing Voter: Why Are the Voting Booths So Empty? 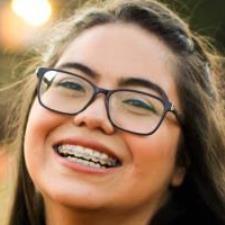