Can someone help me

System that were the people have control or least influence the political and economic policies.

Dictatorships of left, right, religious or secular ideologies, leave the people with little influence, as they end up in prison or executed if they dissent. You can usually recognize them as people keep trying to escape, similar to East Germans jumping the Berlin Wall being shot at by armed guards. Or boat people in South Vietnam escaping Ho Chi Minh.

Stalin's Russia or Hitler's Germany, Mussolini's Italy. Communism, Naziism or Fascism. Totalitarian societies, like George Orwell's 1984, or the Animal Farm where some animals are more equal than others, or Lord of the Flies, where power corrupts and absolute power corrupts absolutely as Lord Acton's maxim goes.

Systems that do not allow free speech, and censor anything deemed "subversive"

Absolute monarchies, like Salem Massachusetts during the witchcraft hysteria or Saudi Arabia that still imports Asian sex slaves. The Vatican is considered a country, with ambassadors and diplomatic recognition. Within the walls of the Vatican, there are no elections, and even blaspheming the Virgin Mary is a crime. Tibet's Buddhists prior to China's taking over were very authoritarian, running the government and impoverishing the people.

Plato wrote of the Republic where society requires a "myth" to keep people together and in line. Philosopher Karl Popper considered Plato's ideas to be the epitome of a totalitarian society, where everyone knew their place.

St. Augustine's treatment of the Donatists is considered a blue print for oppressive systems of government. He had public whippings of penitents with public confessions, similar to Jim Jones in Jonestown, South America, where he finally gave them poisonous Kool Aide and they drank it willingly, obediently. 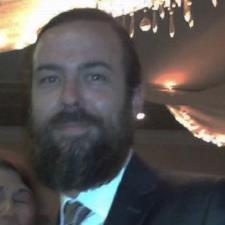