I'm in a writing group. I see repeating word-choice patterns among the fantasy writers. Example: frequent use of certain words (like 'utter,' everyone seems to use that word... ), or certain symptoms manifesting with magic (for example, illness, usually headache, always accompanies emerging psychic ability).Maybe there are tons of irritating 'beginner habits'.These aren't really tropes that I am talking about. I simply want to avoid rookie errors. I'm asking if there are blind spots that beginning writers have, especially in fantasy, and what those might include?My question is broad because I don't mind a range of answers (I'm trying to get up to speed quickly, but blogs/etc give general advice like 'show-not-tell,' or 'edit edit edit," etc. ... Great advice but not really pertinent to the question). Specifically, as a few focused thoughts.1. Are there any words or types of words that have been overplayed? Or are considered juvenile-esque? I have heard many people say to avoid adverbs. Really?2. This fad of 'talking like real life' seems to be used by some beginning writers, to me, as an excuse for sloppy writing. Am I off base? Is 'talking like real life' good, or a fad? I realize anything can be done poorly, but I see very little real life dialogue that stands on its own in the absence of competent framing. 3. I'm annoyed by tons of made up words, which may be a problem in fantasy. Is this a common annoyance among other fantasy readers? A few made up words I can handle, though I wish they'd be grounded it recognizable etymology.
Follow • 1
Add comment
More
Report

Great advice John! Spending more time on worldbuilding sounds like the best thing for the group. I recommend Holly Lisle's website--she has great resources and clinics geared specifically towards worldbuilding for fantasy novels. Some of it may seem a little formulaic at first, but building a new skill requires practice and rigor. Readers are very good at recognizing when a decision isn't grounded in reality, so it's important to build a full and meaningful reality before you start writing. I also agree with John that you should avoid teaching "rules" with regards to writing cliches. It takes time and practice to develop one's voice; one of the worst things to do is second guess the inner monologue as we're writing--that way lies writer's block. That's what the editing process is for.

The most important rookie mistake is breaking your own rules. If you decide that magic in your world is an innate thing that certain people are born with the ability to use, then don't let a random character suddenly be able to throw fireballs. And do not create new abilities as the story grows without a good reason: for example, while a burgeoning wizard can easily learn new skills that a reader would not know about, the master in your story should not ignore a basic and useful spell just because you don't want the reader to know about it yet - once the reader finds out, they'll be confused as to why they didn't use it earlier. You're building a world; make sure that your rules are consistent, and that your characters act in accordance with these rules in a consistent manner. Failure to do so will make your writing seem amateurish.

Embrace tropes, but don't overuse them. Feel free to take on the hero's journey, as it's a very good plot outline, but make sure you provide your own twist: make sure that all the secondary characters get their own plot and are not just supplementing the main hero, for example, or cut off a plot prematurely by killing a character (and forcing the living characters to deal both with the death of their companion and the unresolved plot). Feel free to have a dark lord that the heroes need to defeat in order to stop evil from conquering the land - but make sure the "land" they are defending is full of flawed and less-than-good people as well, who may just use this rising threat as a way to further their own agendas. Tropes are good; embrace them and adapt them to your own story.

You decide what voice your story has. Feel free to have a modern conversational tone if you like, or go for a Tolkien-style novel with elevated language that feels "epic" and not of this world. Just stay consistent throughout. Once again, and I cannot stress this enough, inconsistency will take the reader out of the story.

Don't worry about "overused" words. That said, don't use an adverb when another word or phrase would do the trick. "He ran into the room quickly and immediately told us about the enemy's plans" gets the point across, but doesn't evoke the imagination as much as, "He burst into the room, panting as he told us the enemy's plans." Adverbs tend to "tell," where as phrases tend to "show." But don't avoid adverbs for the sake of avoiding adverbs.

Pick a "culture" to make up words - or to take words from directly, if you'd prefer. A lot of Celtic, Latin, and Norse words have been used in fantasy stories over the years, and other ancient languages such as Egyptian, Hebrew, and Greek are great places to borrow words from. 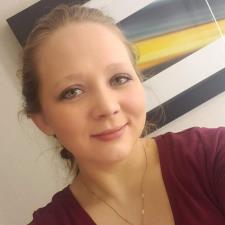 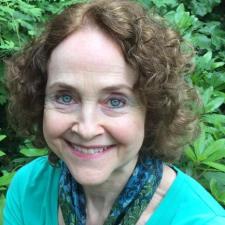