What strategies would you apply when dealing with difficult group members? Examine the relevance of each strategy.

What strategies would you apply when dealing with difficult group members? Examine the relevance of each strategy.

Consider This:On the surface, it helps to create a win-win situation.

A particular and complex factor most group leaders and facilitators must contend with is that, often, group members will be mandated or referred by another party. Children may be required to attend a group by parents or school administration. Some groups will be composed of members mandated to attend by a court of law. The involuntariness of mandated group therapy in many ways undercuts the entire premise of wellness-based therapy that adheres to ethical principle of autonomy (the right to control the direction of one's own life). What's more, the vast majority of group therapists will encounter these types of members due to the commonality of referral and mandating. Even without mandating, there will always be certain individuals in certain groups that will be more dysregulated than others. It is important to contextualize the behavior of a difficult group member in this light since it is most frequently the case that a member who is behaving in a difficult manner is often one that was, to some degree or another, is forced to be there or otherwise not entirely compatible with a group dynamic. Step one in managing difficult group scenarios is respecting and trying to understand the reason why a member is displaying antagonistic behaviors.

Whether mandated or not, a difficult group member can be incredibly disruptive to the therapeutic environment. Some ways that this difficulty manifests include the following: a member with ulterior motives/desires to exact vengeance in some way by taking it out on the group, an individual who wants to focus all attention on themselves and their issues at the expense of other members' time and turn, someone who commandeers the entire group session to monologue about issues relevant to only them, etc.

It is the group leader's duty to ensure that no one member monopolizes the session and to step in during situations that might harm other members. This latter concept, called "blocking," is perhaps one of the most important duties of the group leader: to the best of their ability not allow one member to speak or behave disrespectfully or abusively. One of the prime directives is to do no harm, so group members should not be hurt in any way by the group process or other group members. However, the way in which the leader does this is vital. The leader must balance shielding others from harm in a way that is still respectful and therapeutic to the difficult member so as not to create more trouble. This is, of course, a great deal harder in person and in the moment. Dealing with difficult members is a very tough situation. One of the best approaches is to wait or gesture for an opening or pause. This requires poise and tact, but can be an effective way to segue from problematic discussion or behavior to another member or subject. If this is unsuccessful or impossible (which may be the case with that member who won't stop talking and taking over no matter how much time passes) other approaches may include:

-- Engage other group members. One of the most effective ways of responding is to read the room and reflect what you see and feel. You might point out that certain group members appear uncomfortable or ready to speak. This can create an opportunity for others to intervene and change course.

-- Refer back to the group rules. IMPORTANT: you do yourself a terrible disservice if you do not set the ground rules for group right at the beginning of therapy. You should discuss and elaborate on rules as well as include all members in the creation of group guidelines. Do not hesitate to write them down and post them for everyone to see. Rules should be clear and accessible throughout the entire therapeutic process. Important rules that you will want to include 100% of the time will be: confidentiality, not coming to group under the influence, respecting time, not cutting others off, respecting other members' chance to speak, etc. When interacting with a difficult member it might be a great time to review the rules of group.

-- Try to provide a summary for what the difficult member is saying. This can be a more direct method of intervention. Accentuate and call out the point the member seems to be making. If they are talking non-stop, you might point out, "You seem to have a lot to say about this topic. I wonder what you really want us to know."

-- Don't be afraid to intervene directly and shift gears. Sometimes you might have little other choice than to punctuate the difficult member's flow and move on. Just be sure to be courteous, understanding, and receptive. You might point out the time and say you're sorry to interrupt but we are close to the end of session and that others may still need a chance to share their thoughts. You can always convey that the group will get back to them either later in session or that the group can pick up where they left off in a future session.

-- If all else fails, speak with the member before or after session. One way to address a difficult member is to confront them when not in the flow of group. In this way, you can more personally address the issue. You may even go so far as to recommend that they seek individual counseling in exceptional situations. Of course, this isn't always an option, especially when you need to intervene immediately during session as with the issues of safety discussed above.

I understand I've perhaps inundated you with this answer, but the truth is that you astutely ask what is perhaps the most complicated question and scenario of group therapy. Keep in mind that this is not an exhaustive explanation on how to respond to difficult members. In fact, no two groups are the same, so there's no telling how uniquely you may have to intervene. As with most other aspects of group therapy, remember that it's never really an exact science and that there will inevitably be instances where you feel like you messed up or could have done something differently. That's perfectly okay and is to be expected with this modality of therapy. Just learn for the future and remain patient and creative. 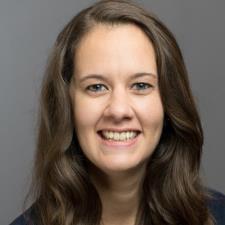 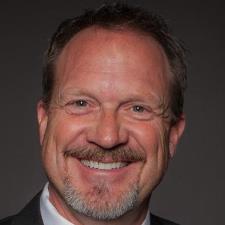 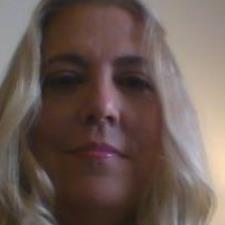