Could Thomas Jefferson have ever heard Mozart's Symphony No. 40, KV. 550?

I've been reading some of Jefferson's writing on music theory, and given his perspective and his love for Mozart's music, I think the [Symphony No. 40, KV. 550] would be so astounding to him—particularly in its use of modulation—that he would have _had_ to write about it if he'd heard it—but the contemporaneous naming conventions (or lack thereof) make it difficult to search online archives of his writing for such mention. It seems that Jefferson almost certainly could not have heard the work performed in concert while he was in Europe. But could he have ever heard it in America?
Follow • 2
Add comment
More
Report

If the question is could he ever have heard it, the answer is absolutely yes. We know exactly the date that symphony was finished, which was July 25, 1788. Jefferson didn't die for another 38 years, so he had plenty of time to acquire the music and have it played, or see a performance, and likely did so. Remember also, Jefferson was a U.S. minister sent to Europe, and lived in Paris from 1784 to 1789. Being a rabid fan of all things musical, he would have had a year available to hear it played in Europe (there was at least one performance of it each in Dresden and Leipzig in 1789) , and then 37 more years to hear it played in America. In addition, Jefferson actually met Mozart.when he was in Europe. Jefferson loved and respected Mozart's music, but thought of him as "socially uncouth and frivolous" and no gentleman. Yet it is well known Jefferson owned 5 violins and was a ravenous consumer and collector of sheet music. Jefferson's remaining music collection not destroyed in the Library of Congress fire of 1851 is at Monticello, and I would be willing to bet you will find a copy of Symphony No. 40 there. I can't imagine Jefferson not insisting on hearing it at some point, especially later as President, but the bottom line is we have no written proof one way or another. Personal opinion? It is highly likely he did. 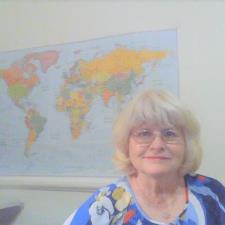