Book recommendations: What social/political structures are humans inclined to form?

Marvin Harris's "Cannibals and Kings" makes a very nice first place to explore the first two topics. I'm pretty sure I also really liked Marshall Sahlins's "Poor Man, Rich Man, Big-Man, Chief", although it's been a long time since I read it. Your first two questions are a lot more widely addressed and easier to address, because we have evidence from anthropology.

My own quick answer to one: we're most inclined to form groups of no more than 150 people, and to choose informal leaders based on personality, knowledge, and non-abusiveness; until groups get larger than that, leaders tend not to be materially any better off than anyone else (although they get the benefits that come with being admired and respected). When the population gets bigger and more crowded, we're inclined to select more formal leaders, but at first, their powers will be quite limited. When the population gets into the tens of thousands, that's when we're inclined to develop inherited leaders with the power to enslave or start wars.

My answer to two is similar, but if the island doesn't have enough resources, things can degrade into war and dictatorship much more easily, e.g., the sad fate of Easter Island. People are resourceful, though.

Three is tough. I do reject the "Lord of the Flies" hypothesis, though, and strongly recommend the non-fiction book "a Paradise Built in Hell", by Rebecca Solnit, who argues convincingly and with varied examples that in emergencies -- I'm picturing your modern people being dumped on an island unexpectedly -- people are overwhelmingly likely to respond, at least for awhile, with heroism and collective mutual support. That wasn't my opinion before I read her book, either.

Lord of the Flies is what comes to mind. 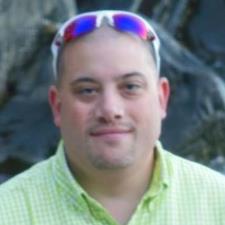