Is the expression "as promised in the list" correct?

I'm reading the book Looking for Alaska by John Green and studying English grammar at the same time. As far as I know, we must use "on" with "list". Is it a grammar mistake?> As promised **in** the list, she brought a Kurt Vonnegut book, Cat’s> Cradle, and she read aloud to me, her soft voice mingling with the the> frogs’ croaking and the grasshoppers landing softly around us.
Follow • 1
Add comment
More
Report

"(I)n the list" is not wrong in this context. There can be items "in a list." An item can be "on a list" also. When you say that an item is "in" a list you are referencing the individual items that make up the list. For example, 'In a list of 10 items, the fifth item doesn't seem to belong."

If you say "items on a list" you are referencing the list as a whole and that an item is on that list as a whole. You can say "There are ten items on that list of parts." I would expect that the list only has 10 items of the parts maybe that come in the box of furniture that you will assemble. But you could say also something like this "There are ten items in the list that relate to assembling the base of the furniture." In other words the entire list of parts has more items than ten but ten of the items pertain to assembling the base of the piece of furniture.

It is a fine distinction to make and hopefully my explanation sheds some light on it. But yes items can be "in a list" and "on a list" at the same time. 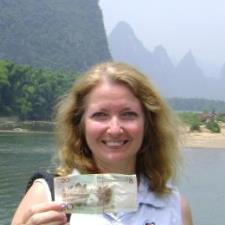