Why anthropocentrism disappears in art during the Dark Ages?

The human being ceases to be central part of Art in Europe with the arrival of the Dark Ages, only to return with the Renaissance.What are some factors that explain that?
Follow • 1
Add comment
More
Report

The decline in the frequency in which human beings were accurately depicted during the Middle Ages have been attributed to a number of factors, none of which are mutually exclusive.

First, the sophisticated traditions of sculpture and painting that evolved during the Classical aid were the product, not only of changing tastes, but of the intensification of economic activity. The craftsmen and their apprentices, the supply of valuable material, these had to be supported by wealthy patrons who, in turn, would have accumulated their wealth - or, more accurately, their families wealth - through all manner of business activity.

One certainty concerning the controversial process Gibbon christened the 'Decline and Fall of the Roman Empire' (actually, only the Western half 'fell', that is, ended) is that it involved a severe decline in economic activity. Trade that was once conducted on a massive scale, criss-crossing the Mediterranean, was reduced to a trickle by the 5th-6th century. It's no coincidence that European art returned to wholeheartedly embracing an anatomically correct depiction of the human body in a time and place where the most intense and profitable trade was taking place.

Second, the so-called 'Barbarian' peoples who became the rulers of what had been the Western half of the Roman Empire came with their own sophisticated traditions of art. These, however, relied on more abstract styles that didn't seek to produce an anatomically accurate depiction of the human form. Abstraction and stylized patterns drawing on these 'Barbarian' artistic traditions remained, to one degree or another, an important component of Medieval art.

Lastly, it has been argued that the dominant cultural influence of the Middle Ages, the Christian Faith, also contributed to the decline in the accurate depiction of the human body. The Church condemned the Classical obsession with the human body, viewing it as verging on idolatry and promoting sensual pleasure. By far, the chief patron of the arts during the Middle Ages (once again, connected to wealth) was the Church, and with its attitudes concerning the human body - irrelevant compared to the human soul - it's no accident that the Classical tradition of the accurate depictions of the human form was not a priority.

The growing cultural sophistication of Popes and high ranking clergy in 14th-15th century Italy, where the value of Classical sculpture and architecture was rediscovered and a humanist philosophy gradually gained traction, led to a n acceptance of an anatomically accurate depiction of the human body in painting and sculpture among the members of the Church, which remained a major patron of the arts.

Nevertheless, it should be remembered that, while the accurate depiction of the human form became increasingly rare during the Middle Ages, it never disappeared entirely. 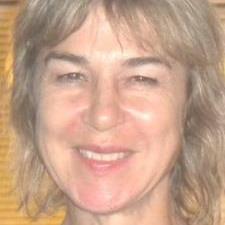 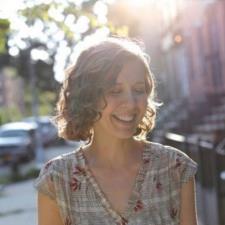