I need to know for art history class, who is the most famous pointillist painter?

Although there are several artists who are pointillists, it seems that Georges-Pierre Seurat is probably the most famous. Some of his paintings include Can-Can, Circus Sideshow, Die Modelle, Gray weather Grande Jatte. Seurat studied under Justin Lequien and Jean-Auguste-Dominique Ingres. Lequien taught him drawing and Ingres was his painting teacher. Seurat was not just interested in the way that the colors were put onto the painting or the painting itself. He was mostly concentrating on the science in the picture and the optical mixing of the colors. Before actually painting the picture, he would sketch out parts of his artwork so that the models would not have to wait forever while he found the exact color. Many people didn't like Seurat's new painting technique and thought that it was "messy" or "fuzzy".  Paul Signac was one artist who thought that Seurat's new techniques was complicated, beautiful and artistic.

Without a doubt, the most famous Pointillist is/was Seurat.

George Seurat, a French painter working in the late 1800's, is the name most recognized with pointillism.  The effect of pointillism is similar to modern digital pixelation where individual dots create the impression of a create image.  It was a new form of impressionism and thus came to be called Neo-impressionism.  Seurat's most famous work is 'A Sunday Afternoon on the Island of La Grande Jatte' (1884–1886).

The most famous Pointillist artist is Georges-Pierre Seurat. (1859-1891). He invented the technique, and is always associated with this art term. There are a few other artists of his time period who were either influenced by his theory, or had theories of their own that closely paralleled Seurat's theoretical approach to painting, but no other artists actually used Pointillism in their work besides Seurat, and there is no other artist associated with the term "pointillism." Pointillism is a painting technique, and is also an artistic theory. Seurat based his technique on the science of optics. "Pointillism" is a term invented to describe how Seurat's work sought a scientific, logical system using only color dots and tiny patches. It had the added benefit of appearing "jewel-like," glistening, or scintillating. The dots "danced." Colors next to each other affect their neighbors, and create the illusion of light and dark, bright and dull, and can often appear to be a different color than the individual dots actually are. Red and green dots next to each other can appear brown, orange, or grey, and even black; blue and yellow dots next to each other can appear grey, green, black, brown, and even somewhat violet. What appears purple in one light condition can appear blue in other light conditions. These appearances require of the artist very fine atunement and adjustments of hues and also their placement and arrangement, and they can and will change depending upon the surrounding illumination conditions. Pointillism intended to deeply explore these astonishing color behaviors in paint. Color is how humans see. Lightness and darkness (contrast) makes colors appear richer or duller. These attributes combine "optically" to appear as shapes, which we interpret in the brain as "seeing." We perceive things a shapes of dappled light. Seurat is known as the first artist to apply these principles of dappled color patches into painting, and rejecting the use of lines (outlines) and only using shapes filled with colored dots. We call this method and theory "Pointillism."

Upvote • 0 Downvote
Add comment
More
Report
Although, I would love to say: "I am!" I would chose Seurat, due to a personal experience while looking at the full size painting of A Sunday Afternoon on the Island of La Grande Jatte. being able to move in and out from the painting by walking close and away from it is an incredible experience I would suggest to try. Not only it gives an understanding of the technique but it gives the viewer personal feeling of themselves in relationship with space, technique, time, colors and "interactivity." This experience was like in the movie "What Dreams May Come" while the main character is walking through paintings. Of course it gave me the need to try the pointillism technique myself later on, on canvas and computer. 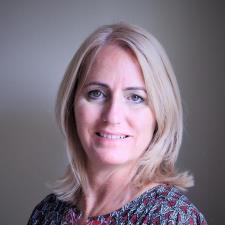 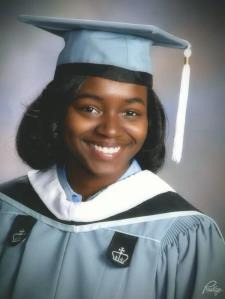