Can a cancerous cell from outside cause cancer in a healthy person?

If a cancerous cell enters the body of a healthy person from someone else's blood or something, will that healthy person get cancer? In human beings.
Follow • 1
Add comment
More
Report

The short answer is no--probably not.

The long answer is no, because our immune systems are finely tuned killing machines. Every nucleated cell in your body (which is most of them, excluding red blood cells and some others) expresses major histocompatibility complexes (MHC) on its cell membrane. These MHC's identify the cell as belonging to you (self-recognition). That way, when an immune cell comes by and bumps into one of your non-immune cells, it won't kill it. You are suggesting that another person's cancer cell(s) is able to implant in another person's body someway, somehow and continue to grow just as it was in its previous host. Since these cancer cells do not have the same MHC's as your body's cells, they will be treated pathogens and targeted for destruction by the immune system.

Also, to get another person's cancer cell into your body would require it being in their bloodstream already (which is unlikely unless it is a leukemic cell) and then take a hop, skip, and a jump into your bloodstream directly, then make its way into some tissue in your body (in a desperate attempt to survive the shearing forces of your blood pressure). If you were to ingest cancer cells, they would simply be dissolved in your digestive system and/or make you take a rather uncomfortable trip to the bathroom if you consumed enough of them. If you managed to get cancer cells in your nose or other mucous membrane, they would swiftly die by the flagella of the "good" bacteria keeping you safe from the outside world. So, in other words, the only way for this to even happen in the first place is if you have an open cut and somebody bleeds into it. But still, your immune system would kill the cancer cell.

BUT, I did say your quandary "probably" couldn't happen, that's because theoretically it might actually be able to. Remember MHC? Your parents give you each their own unique copies of MHC. The MHC genes are codominant haplotypes, meaning they are expressed equally in all of your cells, half from your mom and half from your dad. Your parents can give you a tissue graft with minimal complications from your immune system, since your mom or dad's bodily tissues have half of the MHC's you do (the other half being from your other parent, remember). But you cannot give a graft to your mother or father so easily, due to having the other parent's MHC's being expressed too. If you gave a tissue graft to one of your parents, their immune system would detect the other parent's MHC's as foreign and attack that tissue graft like it was a pathogen.

So, hypothetically, if your mom or dad happened to have a cancer cell(s) circulating throughout their bloodstream and bled into your open cut, it may be the case that that cancer cell could implant in your tissues somewhere and continue dividing, assuming it survives the torrent of your blood pressure. This foreign cancer cell may be able to continue using the same tactics it was using to evade your parent's immune system to evade yours. Though I reiterate that even this circumstance is highly unlikely, because it is nearly impossible statistically speaking for a cancer cell to survive all of this. 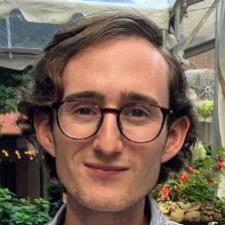 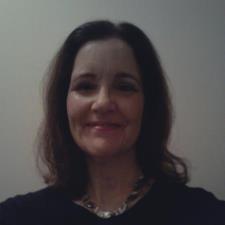 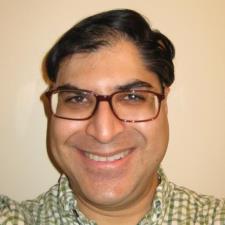