Why does an ellipsis have three dots?

It might be an odd question, but I'm trying to comprehend why do we use three dots in an ellipsis. Wouldn't two dots suffice? An ellipsis serves a dual purpose, it can be used to either denote an unfinished thought or omitted words, but why is it written using three dots? Have we any meaning assigned to two, horizontally aligned dots? In some programming languages two dots are used to specify ranges, i.e. all integer numbers between 1 and 9 (including both) may be described as 1..9, which is perfectly distinguishable from 1.9, as in "one point nine".I have stumbled upon [a question](http://www.grammarphobia.com/blog/2008/12/two-dots-or-three.html) on this topic and the answer suggests that *Oxford English Dictionary* uses double dots instead of triple dots because it shortens the contents considerably. If that is the case, why do we even bother with triple dots?
Follow • 1
Add comment
More
Report

This is a great question with a very awesome answer! As you know, English is an old language and has developed significantly over many centuries. In medieval manuscripts, we can see a symbol or marking that is often called a "subpuncting" or an "underdotting." The main use of this mark is to indicate when a word has been taken out of the sentence. The three dots are placed under the word that is to be omitted. In this image you can see a word that was written by mistake and instead of putting a strike-through mark, has opted to blot the word out and at the three dots underneath, hence "underdotting"

I know this doesn't entirely answer your question since you'd like to know why there are specifically three dots, however some scholars believe that early writers just starting using three to make it not look like a mistake (of just putting one or two as they were using ink at the time which tends to drip). This method could have caught on and become widely used by other writers at the time. 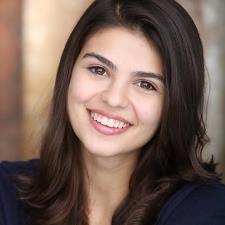