Two straight railroad tracks which intersect at an angle of 71 degrees are to be connected by the short circular track that is tangent to the intersecting tracks 320 ft from the intersection. Find the radius and length of the circular track.
Follow • 3
Add comment
More
Report

By:
Samantha,
You know that the two lines intersect at 710 to each other. The center of the radius of the curve has to lie on the bisector of these two lines, so the angle from the bisector to each line will be 710/2=35.50. The tangent to the curve is 320ft from the intersection of the 2 lines. The line from the center of the curve to the tangent line of the track is also the radius of the curve. We can now make a right triangle with the 320ft length side, the radius of the curve and the bisector with the right angle between the 320ft side and the radius. Using trig we can solve for the radius, r:
tan35.50=r/320
r=320tan35.50
r ≅ 228.25ft
To find the arc length, we need to solve for S=(x/360)2πr, where x is the angle between the 2 tangents. This measurement is found by knowing that the two perpendicular radii formed by the tangents plus the angle between the two tangents plus the angle between the two lines must equal 3600. That is:
90+90+x+71=360
x=360-251
x=1090
This gives S=(109/360)2π(228.25) ≅ 434.23ft. This is a lot easier to see if you draw a sketch.
Upvote • 0 Downvote
Add comment
More
Report
Draw and label a diagram.
Bisect the angle of intersection.
Draw perpendiculars from tangent points to bisector. These are radii.
Use the size of the bisected intersection angle and the 320 ft to determine length of radius.
Use central angle formed at center to determine length of arc (length of tracks.)
Upvote • 0 Downvote
Add comment
More
Report 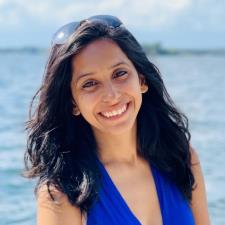 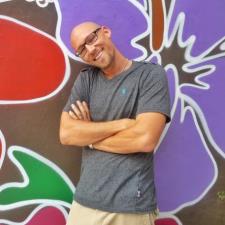 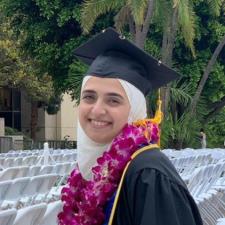