Does cultural diffusion and the development of tourism destroys local traditions and should it be avoided?

It doesn't have to, and it usually doesn't. Cultural diffusion and cultural appropriation is simply the way of the world and as long as people travel and interact, there is nothing you can much do about it. This is especially true if the culture in question has traits that are positive in nature, improve things, or are just plain fun or eye-catching. Consider the holiday in India called Holi. Holi is a popular ancient Hindu festival, also known as the "Festival of Love", the "Festival of Colours", and the "Festival of Spring". It also signifies the triumph of good over evil, as it celebrates the victory of Lord Vishnu as Narasimha Narayana over Hiranyakashipu. During the celebrations, a powdered paint (called “gulal”) is thrown during the festival and represents the bonfire from which the character Prahalad was saved. The powders thrown around also pay homage to the bright colors seen during the spring season. Now 25 years ago, almost no one in North America who was not of Indian descent had ever heard of this holiday. Today, after many National Geographic videos and other documentary programs of this colorful holiday, many North Americans of non-Indian descent have created or adopted a Holi celebration (especially on college campuses) to honor their Indian friends and acquaintances, and let's face it, it's fun to just throw powdered paint around and get covered in the stuff. Now, does that diminsh or destroy the Holi celebrations back in India? Not in the slightest. Like anything, extremes can happen and bad intent can always taint anything. Remember that imitation is the sincerest form of flattery, and generally, little harm is usually done. In reality people are being educated and sensitized about other cultures than their own, which is always a good thing.. 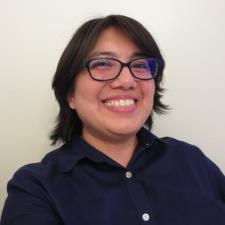