Why did Diocletian direct Roman commercial and manufacturing activities toward supporting the defense of the empire?

Diocletian ruled through part of the crisis of the third century, which was marred by both internal strife and external threats from a variety of migrating germanic tribes and state actors, such as the Sassonids of Persia. Diocletian recognized that the state in its current form was not in a position to provide both external defense, and internal stability and administration at the same time. This is where the Tetrarchy's division of power came into play, and while DIocletian was in power, did do its job to an extent.

Diocletian took a more "command economy" approach to address the shortcomings of the Roman Army and the economy. We see the origins of serfdom, where a son inherits his father's occupation, by edict of the emperor himself. He also highly encouraged the formation of guilds to better control the "means of production" as well, but regulated how they conducted business. On the flip side, he also allowed "payment in kind" for taxes, rather than traditional currency, which did have some effect on addressing both military supply shortcomings, and aiding local civilians in the flexibility in how to pay state taxes. Equally so, this reduced capital expenditures on soldiers having to obtain equipment, and reduced state costs on paying soldiers for equipment as well.

On the military side, civilian and military bureaucracy increased, with military commanders being given more power comparatively. The number of administrative provinces increased, thereby making tax collection more efficient at a local level. We also see a significant change from the Romans fielding "expeditionary" campaigns, to being a more "mobile" cavalry force. Due the border permeability, it was no longer feasible to maintain a hard defense and tradition borders, such as the Rhine or Danube Rivers. Instead, local milita (Limitanei), would maintain some form of local defense, but signal the more mobile forces where enemey movements were coming from, and would then go to intercept them.

Likewise, the image of the Emperor converted from that of Princeps (First Citizen), to the more Byzantine elevated autocrat figure. This was, in part, a means to centralize more power in the office of Emperor, and to place the Emperor in a status where failure was not due solely to the Emperor. At this stage, the Emperors were not expected so much to take to the battlefield, but devolved that to commanders, whom could easily take the fall for defeat. Likewise, an Emperor can claim victory when a battle was won. In short, a lot of these changes, from economics to the regalia of office, were products of difficulty times that required adaptations to the strategic situation Rome found itself in. 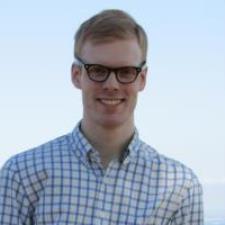